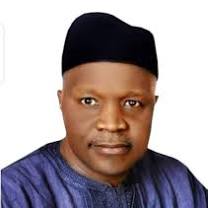 Gombe State is currently being confronted with a deluge of promises by the People’s Democratic Party and its gubernatorial candidate. But historical antecedents is however, a classic compass in adjudging these promises as fairy bubbles that will soon burst into emptiness.

Before Governor lnuwa Yahaya assumed office on the 29th of May 2019, Gombe State was in the throes of political, economic, financial and social dysfunction.

The then ruling Peoples Democratic Party under Governor Ibrahim Dankwanbo had bequeathed rampant political violence and thuggery, a demoralised civil service, huge backlogs of unpaid gratuities, haphazard and irregular payment of salaries, unchecked looting of the state treasury and uncompleted gargantuan white elephant projects littering many parts of the state.

Faced with these rather daunting challenges, a highly focused Governor Muhammadu lnuwa Yahaya immediately swung into action, bringing to bear his public and private sectors experience.

As  a foundation for a meaningful and peaceful administration, Governor lnuwa Yahaya purposefully engaged the Nigerian Army, Police, DSS, Civil Defence and other security formations with a strict mandate to root out all criminals , terrorists and bandit elements from the state as well as synergising them with the vigilantes and local hunters for more effective security co-operation and co-ordination.

In the civil service, proactive reforms were introduced to eliminate politicisation of appointments and promotions.

Regular training and retraining of workers, provision of modern office equipment and working tools, drastic clearance of backlogs of unpaid salaries, gratuities and pensions including the N30,000 minimum wage were effected by Inuwa Yahaya and his dedicated team of Commissioners, aides and heads of Agencies.

The enhanced capacity building of staff engendered by Inuwa Yahaya has expanded the state’s revenue base thus leading to a drastic rise in internally generated revenue, re-invigoration of the Due Process Office and the strengthening of the Fiscal Responsibility Commission for effective governance.

In the infrastructural arena, an action-oriented lnuwa Yahaya has constructed over 400 km of roads and counting under the radical Network Eleven Hundred Roads Project while the Gombe Water supply scheme is being restructured and repositioned to supply the whole of Gombe Metropolis and environs with clean pipeborne water for the first time since eight years which were lacking in years preceding Governor Yahaya’s tenure.

Indeed, Gombe State is thriving as a stable, peaceful, prosperous and fast growing metropolis ranked as No1 in the Ease of Doing Business in Nigeria and also the Safest State in the Nation according to Statiscense and Eons Intelligence, reputable security data analysis firms.

So the PDP’s gubernatorial candidate, Jibril Barde and his party as a whole have nothing to offer Gombe State other than violence, political, economic and civil service dysfunction, poverty, illiteracy, hunger, communal strife and religious intolerance et al.

While he has every right to ‘campaign’ for himself and his fast sinking party, the PDP, Dan Barde should by now be wise to the fact that he is on a virtual mission impossible as the Gombe people are wiser to the antics and depredations of the so-called ‘largest party in Africa’ and will never succumb to its fake promises and false slogans again. Forward Ever with Governor lnuwa Yahaya and the APC and Backward Never with Jibrin Danbarde and the PDP.

Now That Marwa Is After Drug Barons