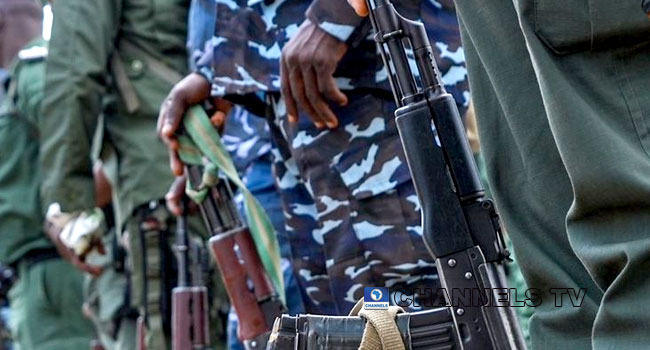 ENUGU, Nigeria (VOICE OF NAIJA)- Not less than eighteen suspected male kidnappers have been arrested by police operatives in Benue State

This was confirmed by the spokesman of the Benue State Police Command, Anene Sewuese Catherine, on Monday.

He said, “On 21/08/2022 at about 07:30hrs information was received about suspected kidnappers who were trying to bypass police checkpoints at Utonkon road, Ado Local Government Area.

“Police officers deployed to the area in collaboration with members of the community were able to intercept and arrest eighteen suspects all male of Ikpayongo, Gwer Local Government Area.

“Items recovered from them include one (1) AK-47 rifle and two (2) magazines loaded with thirty (30) rounds of 6.72mm live ammunition. An investigation is ongoing.”