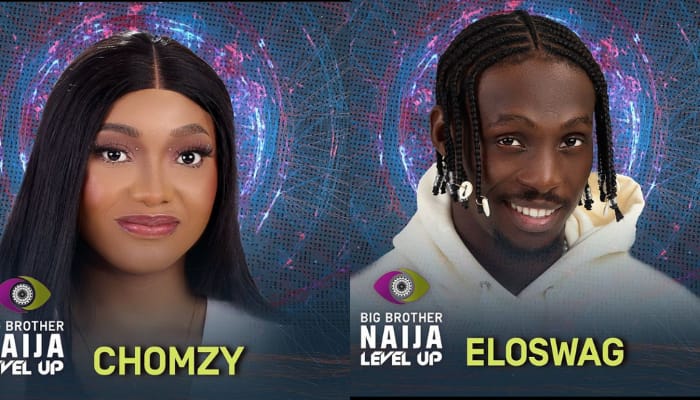 This was announced after the housemates had their Head of House games on Monday evening.

Following her emergence at the games, Big Brother asked Chomzy to pick a deputy since the HOH lounge has become accessible.

She defeated Bella in the final round and will enjoy the privilege of living in the exclusive Head of House lounge for one week with Eloswag who she chose as her deputy.

Also, Chomzy and Eloswag automatically gained immunity for the week due to their positions and therefore, cannot be nominated for possible eviction this week.

The first round of the Game involved the ladies in a simple Dunkwa race.

Each of them had to move Dunkwas from a stool on one end of the arena to another.

The guys also competed against each other in the second round.

The second round of the HoH Challenge involved the Housemates recreating a reference image with candies.

Bella was the first to finish her task but did not perfect it which meant Chomzy emerging as the first female HOH winner.