You’re A Liar! GOSUPDA Hits Back At Jibrin Over Demolished Structure 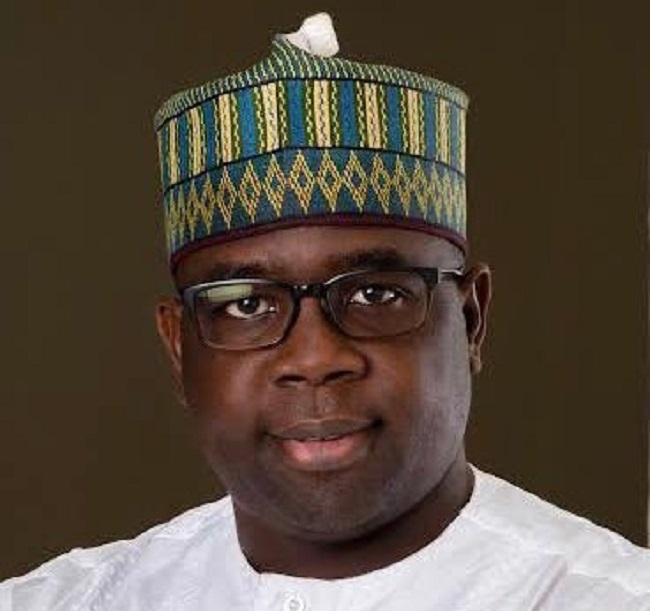 RICHMOND, Texas. (VOICE OF NAIJA) – The Gombe State Urban Planning and Development Authority has shed more light on why it demolished an “illegal structure” belonging to the PDP Guber Candidate in the state, Mohammed Jibrin Dan Barde.

Alhaji Mohammed Jibrin had told reporters that the demolition was in disregard of an injunction by the Gombe state high court restraining the government from demolishing the said building managed by Gombe Good Leadership Association.

In a swift reaction, the Urban Planning Authority said that Alhaji Mohammed Jibrin had refused to remove the illegal structure despite several notices sent to him.

According to a vacation notice issued on 22 July, 2022 and obtained by voiceofnaija.ng, Jibrin Barde had been warned that the structure violated sections of the land use act Decree of 1978.

“It is noticed that an unauthorized structure has been constructed or placed on an access road, drainage, water course, government land or open land.

“Your placement of the properties is a breach of some sections of the land use act Decree of 1978, urban and regional planning and development board law of 2001.

“Since your action contravened the law mentioned, You are forthwith requested to remove or demolish the structure. Should you fail to comply with the above directives, your structure will be removed by the board on your behalf.

“You or your organization will settle the cost incurred by the board in the demolition or removal exercise in accordance with the provisions of the planning laws,” the statement reads in part.

According to the notice, the authority gave Dan Barde seven days to comply with the notice and failure to do such would result in the demotion of the said illegal structure.

“He did not comply with the notices, hence the structure was demolished by the Development control. He should have himself to blame for his misfortune and not drag the state government into his many lies.

“Also note that the structure was too close to the presidential lodge and could compromise security. So, in keeping with its mandate, the authority carried out the demolition of the said property,” a person familiar with the issue, who pleaded anonymity, told our correspondent.

Subsequently, Alhaji Mohammed Jubrin Dan Barde, through his attorney, wrote to the Urban and Regional Authority over the issue.

In their response, the Authority explained that Alhaji Mohammed Jubrin did not have any official engagement with the urban and regional development authority over the matter.

It said that Gombe Good Leadership Association had applied to erect a billboard. On approval, the association went ahead to start a construction of a permanent structure contrary to what was approved.

The authority in several notices, had asked the Association to come forward to regularize their documents but they didn’t.

It further noted that Dan Barde, having been given the said property, has the responsibility to effect a change of ownership before embarking on any construction.

“Your client’s right to own and enjoy peaceful possession of his properties has corresponding obligations that he must comply with,” the development authority concluded.

Gombe State Urban Planning and Development Authority (GOSUPDA) said their work and operations are not based on directive from any political party or figure, but in line with the provisions of its established laws.