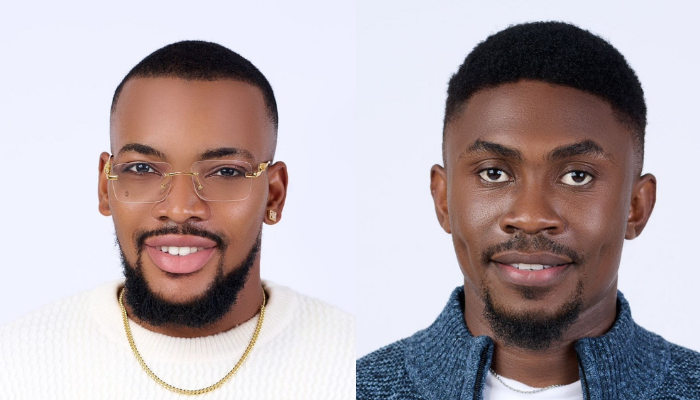 IBADAN, Nigeria (VOICE OF NAIJA)- Kess and Pharmsavi have been evicted from Big Brother’s house, making them the 3rd and 4th housemates respectively to leave the show by eviction this season.

The Big Brother Naija season 7 held its third live eviction show on Sunday evening and the two housemates were disqualified.

They were up against Modella, Chizzy, Groovy, Amaka, and Daniella.

The show host, Ebuka Obi-Uchendu, made the announcement during the live show, which also featured electrifying performances from Iyanya.

During the eviction live show, Ebuka also announced that Big Brother will merge the Level 1 and Level 2 housemates.

Earlier in the week, Eloswag from Level 1 became the Head of House and he was given the power to nominate housemates from Level 1 for possible eviction.

However, Chizzy and Modella are not real housemates and were not meant to be evicted leaving the remaining five to battle for viewer’s votes.

Following the votes from the viewers, Kess and Pharmsavi were ushered out of Big Brother house after polling the least votes.