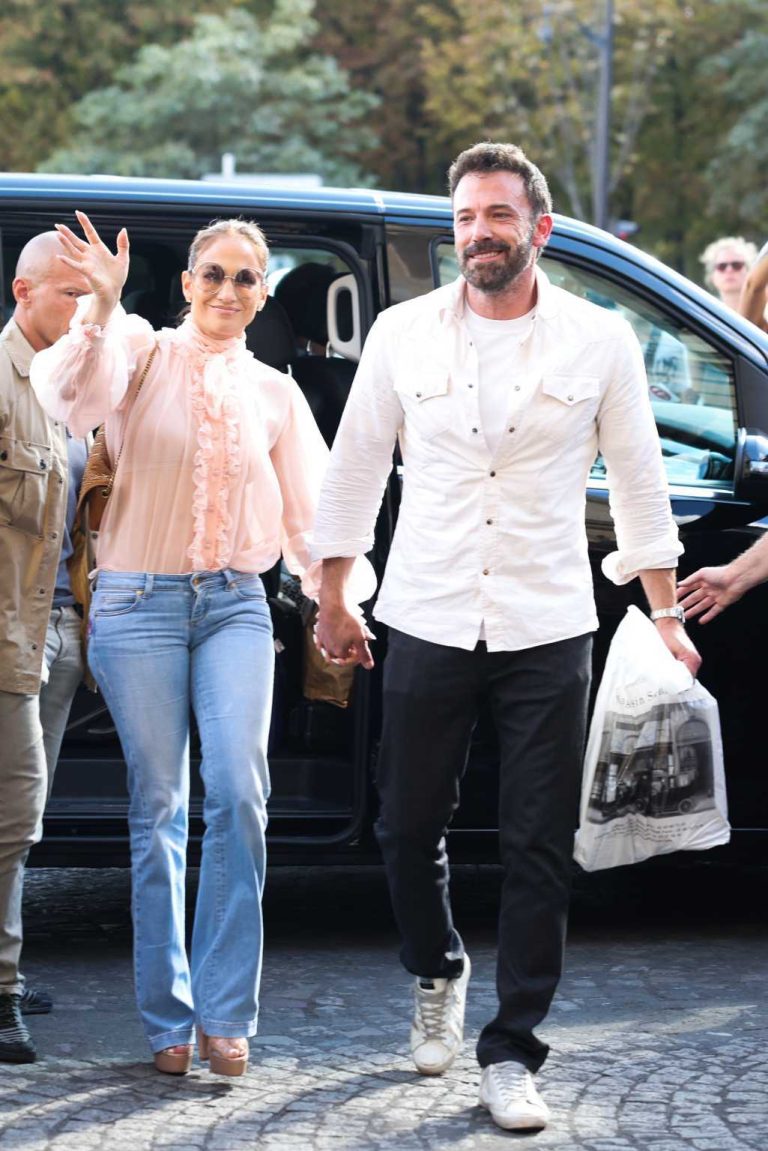 Jennifer Lopez and Ben Affleck tied the knot again in a private ceremony on the Good Will Hunting star’s Riceboro, Georgia estate, few weeks after their whirlwind Vegas nuptials.

The couple, known as Bennifer, legally tied the knot in Las Vegas in July, two decades after they got engaged for the first time.

While their first nuptials were an intimate affair, they went all out for the second round for a stunning ceremony at their 87-acre and $8.9million (£7.3million) Georgia estate.

J.Lo wore a white couture Ralph Lauren gown with a trailing veil and train as she walked down the aisle on a white carpet.

Ben looked totally suave in a black and white tuxedo, and seemed over the moon as he shared a kiss with his bride.

The couples’ kids were all in attendance. Ben was joined by his children, Violet, 16, Seraphina, 13, and Sam, 11, who he shares with ex-wife, Jennifer Garner, and joining JLo were twins Emme and Max, 14, who she shares with ex-husband Marc Anthony.

The pair rekindled their romance in April 2021 shortly after she broke things off with fiancé Alex Rodriguez amid rumours he had cheated on her.

She and Affleck first started dating in 2002, with the public dubbing them “Bennifer,” and were quickly engaged. But they called things off two years later due to the media hysteria surrounding their relationship.

Lopez went on to marry singer Marc Anthony in June of the same year. She and Anthony share 14-year-old twins Max and Emme.

Affleck, for his part, married Jennifer Garner in 2005 and they welcomed three children: daughters Violet and Seraphina, and son Samuel.

Both marriages ended in divorce and they both had high-profile relationships before reuniting as a couple. Lopez was engaged to A-Rod while Affleck dated “Knives Out” star Ana De Armas until they split in January 2021.

The lovebirds got engaged for the second time in April with the “Argo” actor presenting Lopez with an 8.5-carat green diamond ring estimated to be worth up to $10 million.

In July, the couple wed in a midnight ceremony at a Vegas wedding chapel, accompanied by Lopez’s mother and her 14-year-old twins, Max and Emme Muñiz.

Following the July ceremony, the couple enjoyed a romantic honeymoon in Paris, which doubled as a vacation with their blended family—Lopez’s twins, and Affleck’s children.