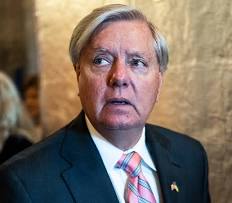 The 11th US Circuit Court of Appeals sent the proceedings around the Fulton County grand jury subpoena back to the district court judge with the instruction that the judge consider whether the subpoena should be partially quashed or modified in accordance with the Constitution’s speech and debate clause.

The constitutional provision shields lawmakers from certain law enforcement actions in some scenarios. Graham had pointed to it in his challenge to the subpoena, which demanded he testify on Tuesday in front of the special grand jury in Fulton County in the Atlanta area.

The appeals court panel — made up of Circuit Judges Charles Wilson, Kevin Newsom and Britt Grant — said in its order that the district court could expedite the briefing around modifying the subpoena in a manner that the judge “deems appropriate.” The appeals court said that after that question is resolved, the matter will return back before the appeals court for further consideration.

US District Judge Leigh Martin May ruled last week that Graham had to testify before the Fulton County grand jury investigating former President Donald Trump’s efforts to overturn the 2020 presidential election in Georgia.

Graham has been attempting to quash the subpoena since it was issued in July, including asking May to put her ruling on hold, which she declined to on Friday, and also filing an emergency request with the 11th Circuit.

Fulton County District Attorney Fani Willis, a Democrat leading the investigation, said in court filings that the grand jury needed to hear from Graham about at least two calls he placed in the wake of the 2020 election to Georgia Secretary of State Brad Raffensperger and his staff.

Raffensperger, a Republican, told CNN in 2020 that Graham hinted that he should try to discard some Georgia ballots during a statewide audit.

Graham’s attorneys have argued that the South Carolina Republican should not be forced to testify before the grand jury because his actions were related to legislative activity as the then-Senate Judiciary Committee chairman and should be protected under the Constitution’s speech and debate clause.

“Senator Graham did not inject himself into Georgia’s electoral process, and never tried to alter the outcome of any election. The conversation was about absentee ballots and Georgia’s procedures,” Graham’s attorneys said in a court filing last month.

Graham is among the handful of key Trump allies that the Atlanta-area special grand jury has subpoenaed.