What Tinubu And I Discussed During Our Meeting- Obasanjo 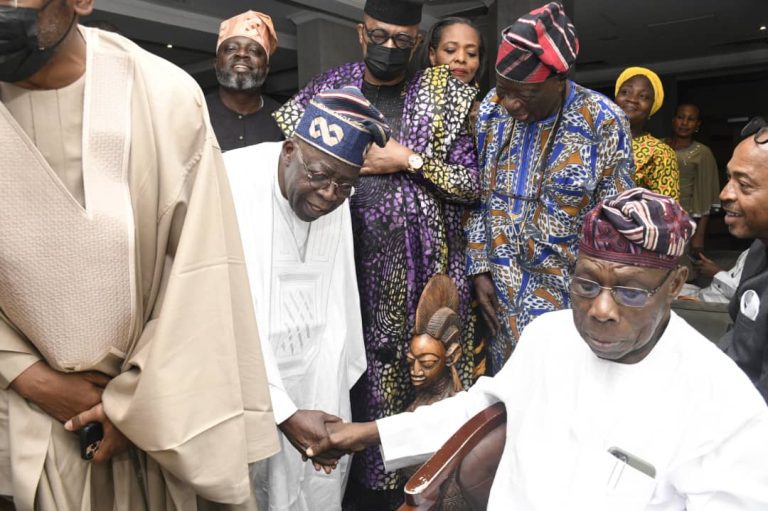 IBADAN, Nigeria (VOICE OF NAIJA)- Former President Olusegun Obasanjo has disclosed what transpired in a meeting with the presidential candidate of the ruling All Progressives Congress (APC), Asiwaju Bola Tinubu

Recall Bola Tinubu and some of his allies visited Obasanjo at his residence in Abeokuta on Wednesday.

Although the duo had kept mum over what played out at the meeting, it is speculated to be connected to the 2023 presidential election.

The ex-president who spoke at the inauguration of a 300-man planning committee on the installation of the new Olowu of Owu, Oba Saka Matemilola, said he told Tinubu that he had added two phrases recently used by the former Lagos Governor to Yoruba vocabularies.

“I asked Bola and he laughed. I said whether the vocabularies are good or bad, we have started using them.”