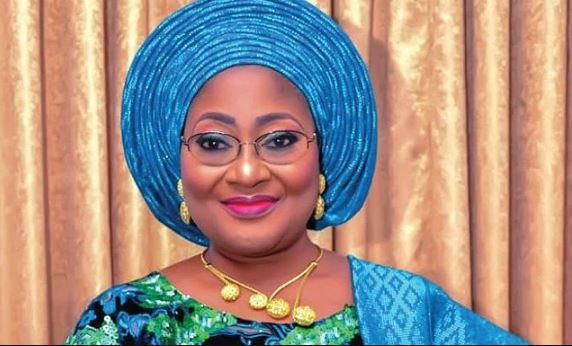 Although details of the incident were still hazy, sources in Owode, Ede, the scene of the incident, claimed that Mrs. Oyetola’s convoy was travelling to Osogbo and was in the area of Owode Market when intermittent gunshots were heard on Friday night at 8pm.

According to the PUNCH, Alayande, a resident revealed on Saturday that a truck had caused a traffic obstruction when the convoy arrived at the Owode market crossroads.

The incident caused panic in the area as residents scampered to safety.

As of the time this story was filed, Yemisi Opalola, spokesman for the Osun police command, had not replied to a text message regarding the situation.

However, Oluwatunmise Iluyomade, the First Lady’s information officer, claimed that the convoy was attacked.