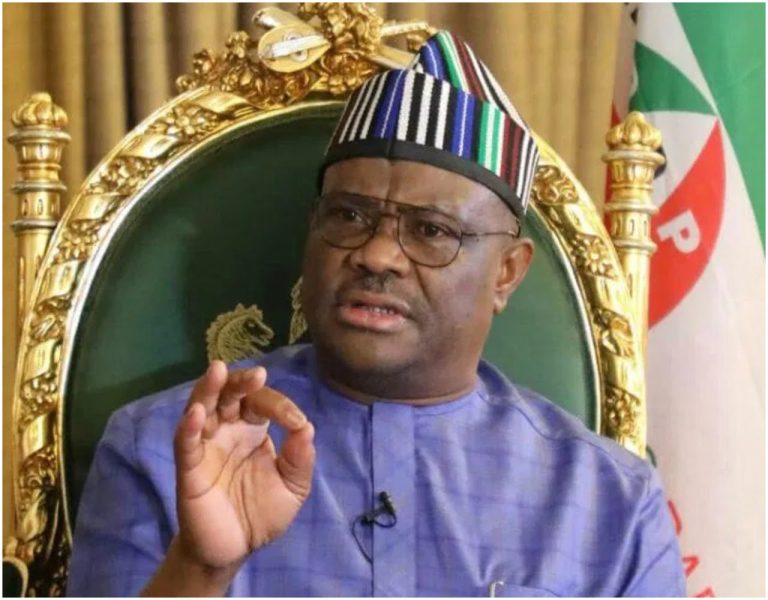 ENUGU, Nigeria (VOICE OF NAIJA)- Governor Nyesom Wike of Rivers State has ordered the arrest of Chinyere Igwe, a member of the House of Representatives.

The lawmaker is a cousin to Austin Opara, who is a supporter of the presidential candidate of the Peoples Democratic Party (PDP), Atiku Abubakar.

He is said to be the owner of a filling station in Diobu, Port Harcourt, which was sealed off by security agents on Friday.

Governor Wike claimed that the product from the filling station is sourced from illegal refineries popularly known as kpo-fire.

“It doesn’t matter how highly placed that person is. Some of you should be used to teach a lesson.

“Time has come, we cannot allow oil bunkering, we can’t.”

Meanwhile, Igwe had on Friday had described the sealing of his filling station by the security agencies as “politically motivated”.