Dolapo Osinbajo: A Woman Of Grace And Candour 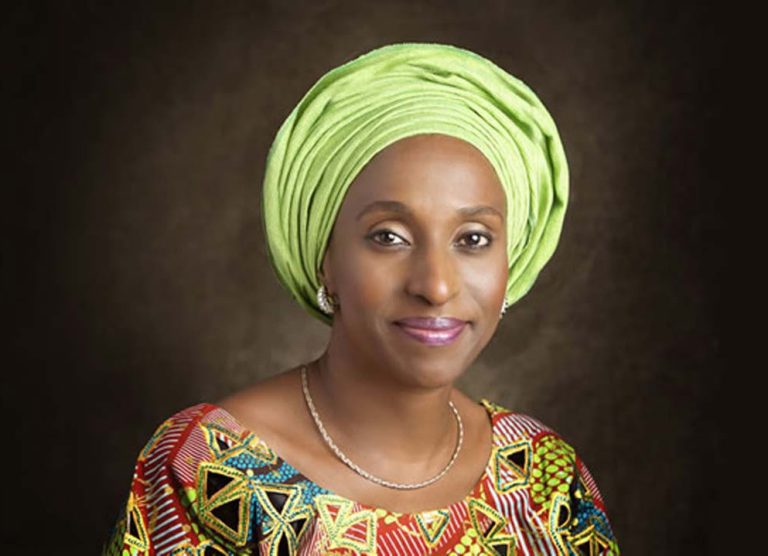 LAGOS, Nigeria (VOICE OF NAIJA)- Among the multitude of Nigerian women that occupy the front pages of newspapers, there is likely none as honourable as the wife of the Vice President of the Federal Republic of Nigeria, Oludolapo Osinbajo (nee Soyode).

Dolapo Osinbajo was born 16 July 1967, and grew up in Ikenne, a local government area in Ogun State, Nigeria.

She married Yemi Osinbajo, a distant cousin, on 25 November 1989 and they are blessed with three children, two girls and a boy.

So, while Mrs. Osinbajo is not as well-known as her peers, every single individual that knows of her considers her a blessed woman.

Her prestige is not defined by the fact that she is the granddaughter of the great Obafemi Awolowo, or that she is a brilliant lawyer. No.

In the same way, her husband, Professor Yemi Osinbajo is known for being a man whose brilliance does not overshadow his goodness, so is Dolapo Osinbajo.

Even though she did not go to the moon, invent a flying broom, or overturn the nation for women and children, she is still considered a woman of grace and graciousness, truth and authenticity, care and candour.

In grace and blessings, she is endowed with refinement of movement, elegance and contingent of contentment.

The granddaughter of the late Chief Obafemi Awolowo is a good representation of the young girls growing up in the fouled Nigerian political firmament.

Mrs. Osinbajo is also a repairer to other dysfunctional families in our religious environment.

The Second Lady of Nigeria is the Executive Director of The Women’s Helping Hand Initiative (TWHHI), a refuge facility in Epe, Lagos, established in 2014.

The 55-year-old is also a co-founder of the Orderly Society Trust (OST).

Orderly Society Trust (OST) is an Excel literacy programme that aims to provide children in public primary schools with the same level of training in English as is available to their counterparts in private schools.

The Orderly Society Trust was founded in 2007 by His Excellency, Professor Yemi Osinbajo, SAN and his wife, Oludolapo to honour the memories of Isaac Opeolu Osinbajo (1919 – 1996) and Oluwatoyin Osinbajo (1962 – 2006) for whom various aspects of the organization’s aims was a passion.

As the Second Lady of Nigeria, she presided at the 49th Benue Women in Prayer (BEWIP) Prayer Convocation in Makurdi in September, 2019.

In her speech to young people in Benue State, she warned them against attempting to copy illusory internet lifestyles.

Speaking to out-of-school graduating girls in Lagos in December 2019, Mrs Osinbajo encouraged them to live responsibly as good role models.

Although every popular female figure in Nigeria is cast as a champion of women and children, only Dolapo (alongside a handful) impresses upon young men and women the need to strive and succeed justly and lawfully.

If you compare the relationship between Nigeria’s First Lady, Aisha Buhari and the Second Lady, Dolapo Osinbajo, to that of Siamese twins, you could be hitting the nail in the head.

So intensely hot is Nigeria’s First Lady, Aisha Buhari, and Dolapo Osinbajo’s closeness that you would see them together in most official and sometimes social functions.

The duo have literally become a talking point for women.

Sometime ago, when Mrs Osinbajo marked her birthday, as expected messages flooded the social media, but one that caught the eyes was Aisha’s message.

Her tone was different: “Happy birthday to my dear sister, Dolly. Wishing you many more years in happiness and good health.”

It doesn’t seem like that has ever happened between any Nigerian First Lady and the Vice President’s wife.

It is more like a message from a close friend to another or like some put it, sister to sister.

Mrs Osinbajo has represented Aisha at a handful of events across the country, because there is no noise about it, some Nigerians are unaware of it.

In mid-December 2019, Nigeria’s First Lady, Aisha Buhari, appointed Dolapo Osinbajo – together with the wives of Nigerian state governors – as a ‘champion’ to lead the fight against tuberculosis in Nigeria.

When her husband lost the opportunity to serve as the presidential candidate of the All Progressives Congress (APC), Dolapo wrote to him, “Oluyemi, Oluleke, Omoluabi, Omo oko, Oninu ire, Oniwa Pele, Oniwa tutu, Ologbon, Olododo, Alaanu, I’m proud of you!”

This is the kind of message that boosts the spirit of a man and enables him to keep striving for his goal and people. And this is the kind of woman that can serve as a moral and spiritual foundation for a progressive nation.