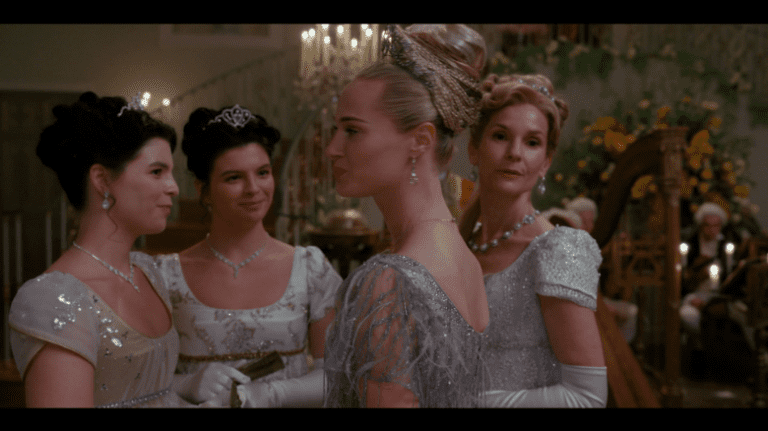 Royal Albert Hall in London has canceled a performance of “The Unofficial Bridgerton Musical” and sued the creators.

The Unofficial Bridgerton Musical is a fan-created passion-project inspired by ‘Bridgerton’.

The critically acclaimed series, “Bridgerton,” premiered by Netflix two years ago, is based on an old-fashioned lushly designed Regency Romance.

The series had viewership of 82 million households worldwide within four months, according to Netflix.

The debut of “Bridgerton” coincided neatly with the rise of TikTok.

In January 2021, singer and fan, Abigail Barlow went on the app with a question: “Ok, what if Bridgerton was a musical?” and burst into song.

She teamed up with Emily Bear, a piano prodigy who had toured as a child.

The two women began to write and perform songs related to the program, often using exact dialogue from the series.

According to CNN Business report, it was a huge hit with fans because the duo invited feedback, participation and suggestions on TikTok.

At first, Netflix found the fan fuss, if anything, delightful, and certainly good publicity.

A few weeks in, Netflix tweeted “Absolutely blown away by the Bridgerton musical playing out on TikTok” and offered Barlow “a standing ovation.”

The project eventually grew to 15 songs and an album was released.

In November 2021, that album was nominated, somewhat improbably, for a Grammy Award for Best Musical Theater Album.

A concert was planned and tickets were sold at $85.

In late July, Barlow & Bear performed their once-underground ‘Unofficial’ show at the Kennedy Center, complete with The National Symphony orchestra.

Top ticket price was $149 for a meet-and-greet with Barlow and Bear.

It also alleged “false origin,” which is creating the implication that Netflix had okayed the production when it had not.

Few days ago, the streaming giant also cancelled the unlicensed production sold out the Kennedy Center.

The TV series producer, Shondra Rhimes, in a statement, said, “There is so much joy in seeing audiences fall in love with Bridgerton.

“But what started as a fun celebration by [fans] Barlow & Bear on social media has turned into the blatant taking of intellectual property.”

“So, don your jewels and bring round the horse-drawn carriage: Daphne Bridgerton and her dashing Duke of Hastings are headed to court.”