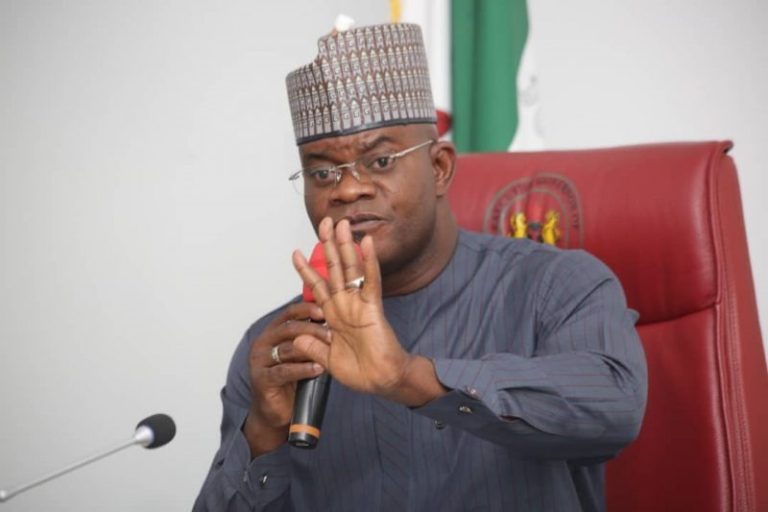 LAGOS, Nigeria (VOICE OF NAIJA)- Governor of Kogi, Yahaya Bello has said the money spent on buying hand sanitizers and nose mask could have been used to resolve the prolonged issue between the Federal government and the Academic Staff Union of Universities (ASUU).

ASUU has been on strike since February 14 over the federal government’s failure to meet its demands bordering on the funding of universities as well as salaries and allowances of lecturers.

Reacting to the strike on Sunrise Daily, a Channels Television programme, on Friday, the governor said ”trillions” spent on nose masks and hand sanitisers over COVID in the country could have been used to the benefit of the education sector.

“Like I used to say; I’ll return to the days when I was a loner, I think I’m still a loner on the issue of no COVID-19. The trillions spent buying nose masks and hand sanitisers… a lot could have solved this ASUU issue, but that’s that,” he said.

“I don’t think they [ministers] are representing Mr President well. This is a man that cares so much about education, and even children during that lockdown were being fed at home.

“Those who Mr President entrusted to handle this protracted issue are not doing justice to it.”

He said the Nigeria Governors Forum (NGF) is making efforts to resolve the issues.

“The NGF has been making every effort to ensure that on behalf of all the governors, we discuss with ASUU and all those that are involved, we are making such efforts,” he said