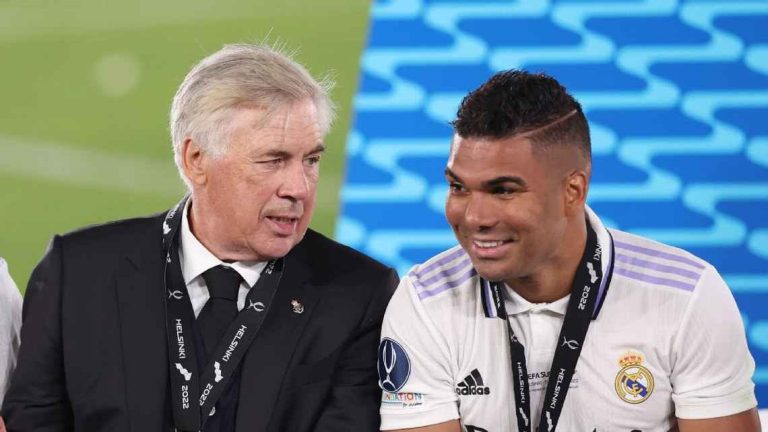 United are set to pay the Spanish giants an initial £50.7m for Casemiro with £8.5m in add-ons, while the Brazilian has a four-year contract with the option of a further 12 months at Old Trafford on the table.

“Casemiro wants a new challenge and we understand his feeling, I do not think there is a way back,” Ancelotti told a news conference.

“I have spoken with him. Casemiro, for what he has done and the person he is, we must respect that desire. The negotiations are ongoing right now, it is not official yet, he is still our player but his will is to leave.”

Reuters understands that the 30-year-old midfielder is to sign a four- to five-year deal at United with wages of around 16 million euros (US$16.10 million) per year.

But the move is unlikely to be completed in time for the 30-year-old to be available for Monday night’s home game against Liverpool, live on Sky Sports, as he requires a visa.