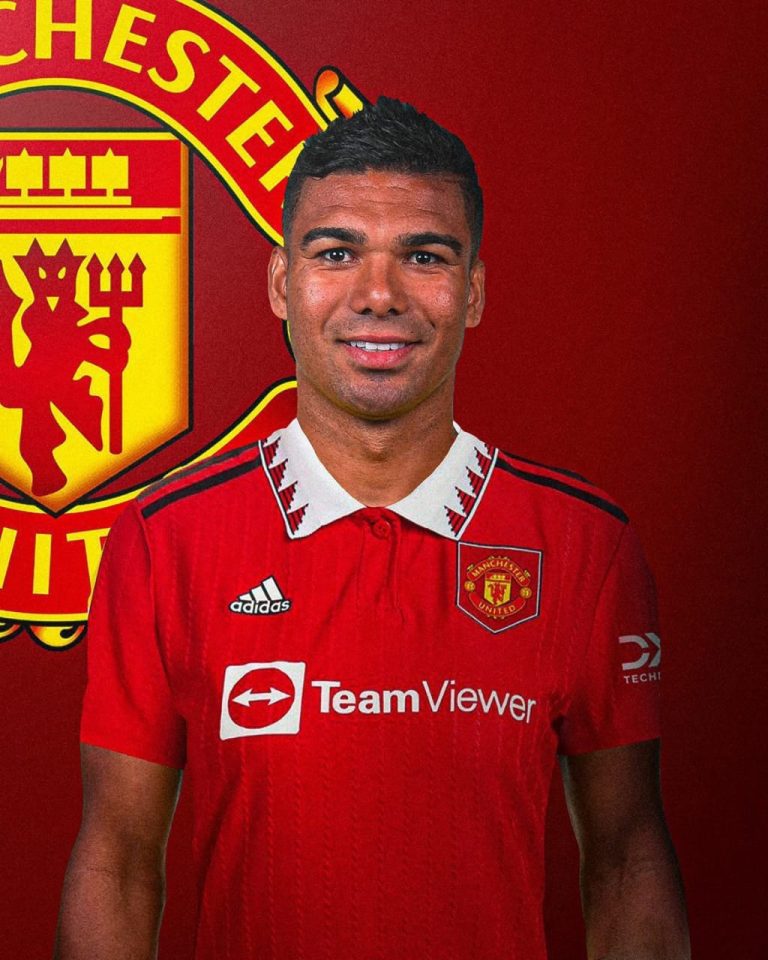 Manchester United have confirmed they have reached an agreement with Real Madrid to sign midfielder Casemiro.

The transfer is subject to the agreement of personal terms, UK visa requirements and a medical.

Popular football pundit, Fabrizio Romano broke the news in his Twitter handle on Friday night hours after reports emerged that the Red Devils is close to agreeing on a deal for the midfielder.

Casemiro will be unveiled in the next few days as new Man Utd signing, all documents are signed.

In another tweet, the football pundit shed more light on the deal. He wrote: “Casemiro deal final details 🚨🇧🇷

▫️ His wages [not double] will put Casemiro among Man Utd highest earners;

▫️ Performance-related contract with higher earnings if in the CL.”

According to Romano, Casemiro will fly to Manchester on Saturday.

Saturday has been fixed for his medical tests, then visa will be sorted before the official unveiling.

Real Madrid announced an “institutional act of homage and farewell to Casemiro will take place at Real Madrid City on Monday morning, with the presence of club president Florentino Perez“.

United defender Raphael Varane, who played alongside Casemiro at Real, said on social media: “Many battles fought together with my warrior Case! Welcome to Manchester, amigo.”