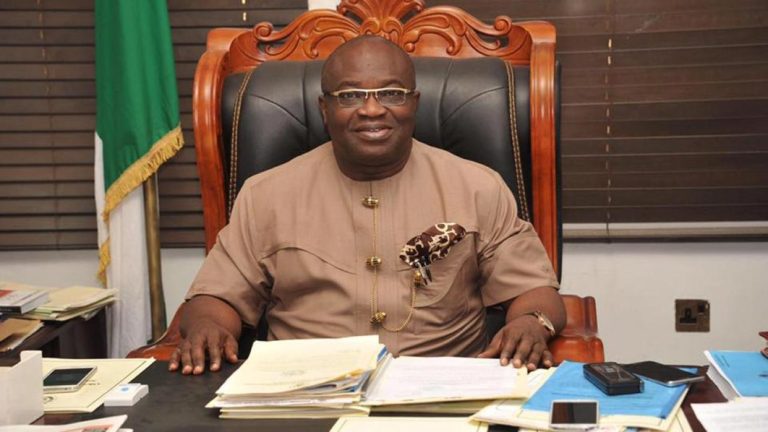 He said that the State Government has not shown cause that it could be trusted for execution of contracts it awarded.

The lawmaker made the threat in a press statement.

Hon. Ichita who was responding to the recent announcement by the State Government that it had awarded contracts for State Intervention projects, said non of similar projects awarded in the past was ever executed, hence, it would be difficult to believe that the latest ones would be delivered ess than 10 months to the end of the current administration.

He said, “The reported award of contract for state intervention projects is sheer subterfuge and a big insult on the collective intelligence of Abia people”, Ichita said, adding that “Abia people cannot fall for such a hackneyed diversionary tactic”.

“The Government destroyed people’s houses and businesss premises. Sadly up till today, the projects are abandoned. Port Harcourt road and Uratta road are worst hit despite their economic and strategic importance to the state.

”Abia State Government announced the commencement of Enyimba Economic City. Not only has the Government abandoned the project , but Ukwa land, the location of the project does not have a single presence of government.

“Ntigha Dry Port project and the medical city project announced by Abia state government are all abandoned and forgotten.”

The lawmaker further knocked the State Government for its failure to deliver on the rebuilding of some markets in Aba, more than a year after pulling down the former structures and displacing traders.

“On the 27th May 2021, Abia State government announced that they would destroy and rebuild within six weeks, specific line of stalls at Ahia Ohurur market Aba South. It is over a year, yet that project hasn’t been completed. The traders are suffering but the Government doesn’t care.

“Abia State Government demolished people’s means of livelihood at A Line, and C line in Ariaria Market. It promised that construction work would be completed latest on December 5th, 2021. As usual, the work was not completed. This is August 2022, yet the work isn’t completed. Infact, the entire area is so abandoned that it has been overtaken by flood.”

He also lambasted Government for abandoning some key road projects in Aba after commencing work on them, thereby leaving them in worse conditions.

“Abia State Government announced the award of contracts for Ifeobara flood project (off Faulks road) but Immediately the Government received the loan for the project, it abandoned the project”.

He also criticised the State Government for reneging in its promise for a special intervention project to cushion the negative environmental impact of Osisioma fire disaster, arguing that Abians will find it hard to trust the Government again.

“Not only did the Government abandon the bogus project, it has refused to redeem its pledges to the victims of the disaster”, he said.

The lawmaker accused Government of using the award of contracts to score cheap political points.

When contacted, Commissioner for Trade and Investment, Chief Okiyi Kalu, said Government had already delivered one of the three blocks demolished at Ahia Ohuru while efforts were being intensified to deliver Ariaria Market.

His words: “We are actively rebuilding the markets with one block out of three in Ahia Ohuru (Ngwa road market) already delivered while the remaining two are at various stages of completion.

“Similarly, three blocks in Ariaria Market have gone beyond decking level and we hope to deliver as soon as possible.

“The designated developers for those projects had challenges with funding that delayed the projects but we have supported them to ensure they deliver as quickly as possible. Work is ongoing at the sites.