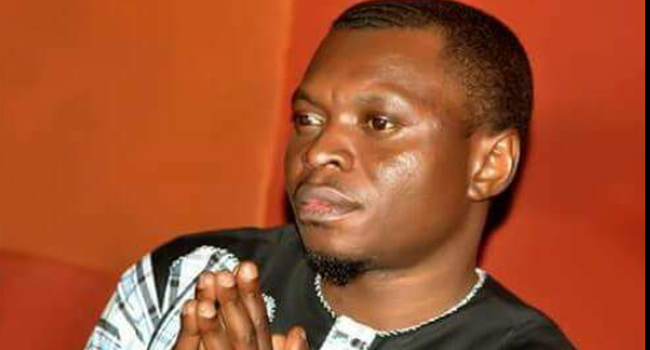 In a short telephone conversation, Jalingo told Channels Television at 04:23 pm that his wife and daughter were already held down by the policemen.

He said, “Policemen just surrounded my house. About three to four of them. I don’t know who sent them and I am worried. They held my wife and my daughter down. They are asking for me.

The Divisional Police Officer of Alapere police station, Awe Kayode, confirmed the development in a chat with Channels Television.

According to him, the officers at the activist’s residence were sent from the Force Headquarters in Abuja.

“The men are from Abuja; they are not from Lagos State Police Command,” the PPRO said.

When contacted, Force Public Relations Officer, Muyiwa Adejobi, said he will find out and revert.

Jalingo, who is the publisher of Cross River Watch, was imprisoned in 2019 at the Afokang Prison in Calabar. He was granted bail on February 17, 2020, after 179 days.

He had been arrested following an allegation of treason by the Cross River State Governor Benedict Ayade.

However, in March 2022, a Federal High Court in Calabar, dismissed the terrorism, treasonable felony, and cybercrime charges against him.