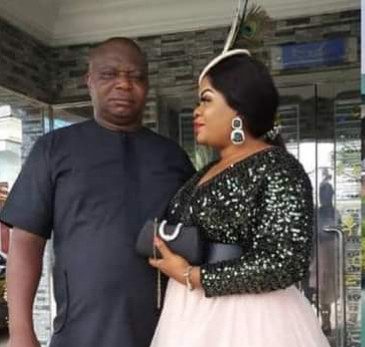 This is as the family of the late Chidiebere Iloka withdrew the petition against the The Local Government Chairman.

It was gathered that the autopsy report of the late wife of Mr. Mbazulike Iloka, seems to have vindicated him, as elder brother of the deceased withdraws petition after the emergence of the autopsy results on 16/08/2022.

The Chairman was earlier accused of domestic violence which allegedly led to the death of his wife.

But according to Mbazulike, his late wife collapsed and died on 7 August after complaining of some health challenges.

Voiceofnaija.ng reports that Governor Chukwuma Soludo had earlier set up a team of Pathologists and other relevant professionals to probe the death of Mrs Chidiebere Iloka.

Soludo had on 12 August suspended Mbazulike Iloka as the Transition Committee Chairman of the LGA, due to multiple unconfirmed reports of domestic violence as the cause of the death.

The team of Pathologists were hired by both families and the state government to ascertain the true cause of Mrs Iloka’s death.

“The panel comprised professors and a team of histopathologists from within and outside the state for fairness and equity.

The Commissioner, who is also part of the team conducting the autopsy, appealed to the Pathologists to do their best to ensure that the parties involved in the matter were satisfied.