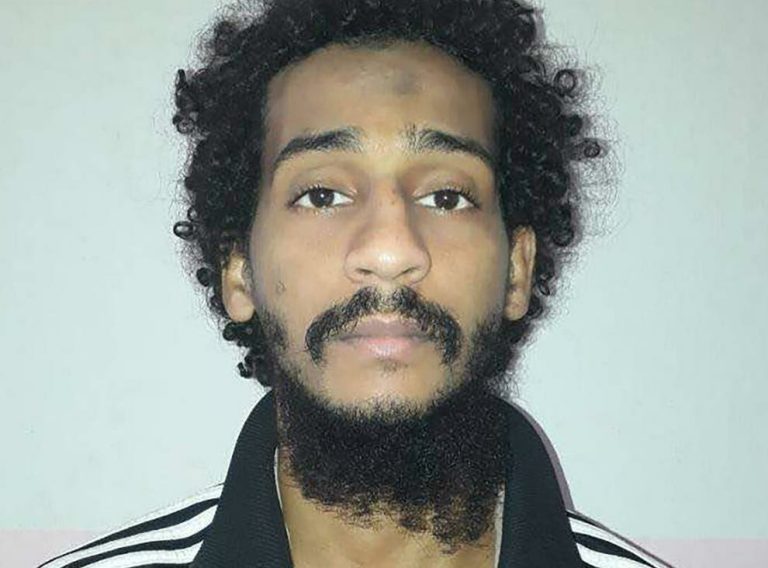 El Shafee Elsheikh, a British Isis fighter who was convicted of involvement in a vast hostage-taking scheme that caused the deaths of British, American and Japanese hostages, has been sentenced to life in prison.

Elsheikh, 34, was found guilty of eight charges, including hostage-taking resulting in death, conspiracy to murder US citizens outside of the United States and conspiracy to provide material support to terrorists, following a federal trial in April.

That kidnapping scheme led to the killing of American journalists James Foley and Steven Sotloff, and aid workers Kayla Mueller and Peter Kassig. The conviction also holds him responsible for the deaths of British aid workers David Haines and Alan Henning, as well as Japanese journalists Haruna Yukawa and Kenji Goto.

Diane Foley, the mother of James Foley, addressed Elsheikh directly in court as she read her impact statement ahead of the sentencing.

“Today is the eighth anniversary of Jim’s gruesome beheading. Knowing Jim, my suffering and that of our entire family would have given him his deepest pain,” she said. “However, Jim would also want you both to know that your hate-filled crimes did not win. James Wright Foley lives on.”

“This trial has revealed the horrific human rights crimes you committed while part of Isis,” she said. “Your hatred overtook your humanity.

“You have been held accountable for your depravity (and) … you will spend the rest of your life in prison, but you too have lost. You have lost your citizenship, your country … your family,” she added.

Throughout the trial, the jury heard evidence from former hostages, families of his alleged victims, another former Isis fighter and US officials who interviewed Elsheikh following his capture.