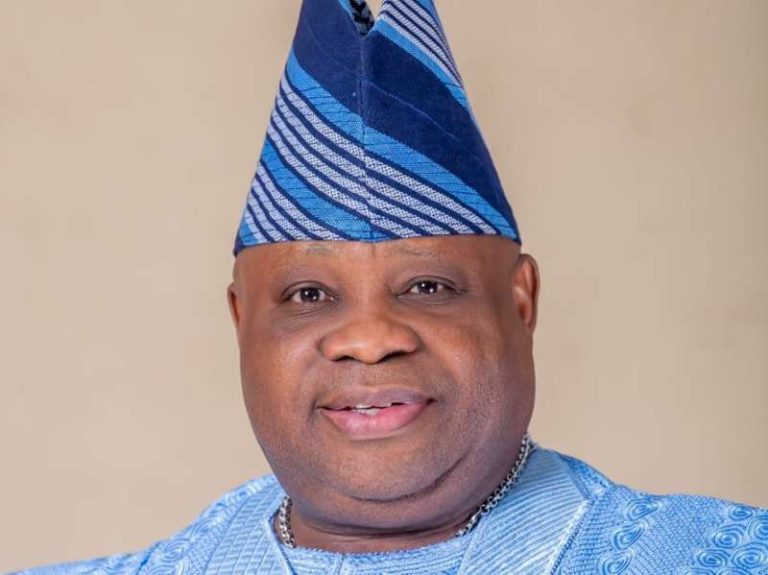 IBADAN, Nigeria (VOICE OF NAIJA)- The Governor-elect of Osun State, Senator Ademola Adeleke, has raised an alarm, accusing state government of giving an illegal directive to local governments to return about 80 percent of their fiscal allocations in cash under a very dubious arrangement.

According to the report, amount to be returned to the state government by each of the council varies from ₦30 million to ₦25 million, leaving most of the local governments with about two to three million Naira left after such criminal cash return to the Ministry of Local Government in Osogbo.

A statement issued and made available to newsmen yesterday by the spokesman to the Governor-elect, Mr. Rasheed Olawale, said the most criminal part of the directive was that the council managers are expected to prepare paper work to cover up the withdrawn fund and categorised it as spent amount within the local government financial records.

The statement reads, “We are aware that the council managers have been busy working to implement the directive as the funds are to be returned to the ministry in cash before close of work today (Friday).

“It is against the above background that the Governor-elect of Osun state, Senator Ademola Adeleke is urging council managers to beware of criminal conduct and collusion that may jeopardise their career and land them in corruption trial.

“Senator Adeleke questioned why legitimately allocated fund meant for the local governments are being withdrawn under such shady conditions, describing the cash withdrawal directive as ‘a clear act of criminal diversion of public fund.’

“We want to put it on records that we are closely monitoring the reported fund movement from the source to the destination. Those involved in the corruption enterprise should stop the plan as all the facts of the deal are in our possession.

“All last minutes agenda to further bankrupt Osun State are being monitored and documented. Any public servant involved in such dirty deal will be held accountable. Any elected or appointed official who engaged in the last minutes looting of Osun treasury will face full wrath of the law. We particularly call on council managers and bureaucrats to reject any illegal directive,” the governor-elect affirmed.