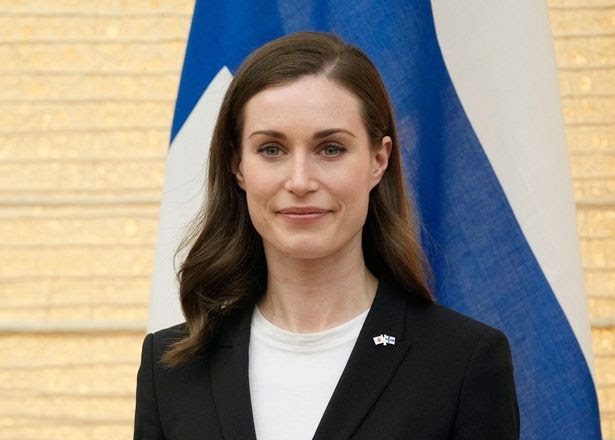 Finland’s Prime Minister Sanna Marin is facing backlash after a leaked video of her partying emerged on social media on Wednesday.

The video shows Ms Marin drinking with a group of friends, singing and dancing to songs by Finnish rapper Petri Nygård and pop singer Antti Tuisku.

The 36-year-old PM became Finland’s youngest ever prime minister in 2019.

She leads a coalition government of five parties.

Reported in Finnish publication Yle, Marin said: “I am upset that these videos have become public. It was about me having a night out with friends. Partying — even in a boisterous way — dancing and singing.

“Personally, I did not take drugs, nor did I consume anything other than alcohol. I danced, sang, and partied – perfectly legal things. And I’ve never been in a situation where I’ve seen or known of others [using drugs].

Marin continued explaining that she does want to shake up the institution of Prime Minister, although that’s not what the parties are about.

“I want to show that there are ordinary people with ordinary lives in these jobs,” she explained.

“I have a family life, I have a work life and I have free time to spend with my friends. Pretty much the same as many people my age.”

This isn’t the only time the Prime Minister has attracted media attention for her love of partying.

She was criticised last year for going clubbing until 4am despite having been in contact with a positive Covid case, reports the Sun.

Marin said she missed the text which advised her to isolate because she only had her personal phone and not her government phone on her at that time.

And the PM did apologise at the time, writing in a statement: “I am very sorry for not understanding that I needed to do that.”

Despite some criticism, Marin also has a lot of supporters and people who love her for the way she leads.

This week the German newspaper Bild referred to her as the “coolest politician in the world”.

It wrote: “She is the most important politician in her country, has to lead it through one of the most dangerous crises of her time because of the warlike activity of her neighbour Russia – and still finds time to celebrate.

“Casual, modern and self-confident – that’s how politics can work. Marin stands for the ‘cool generation’, which Putin definitely doesn’t like.”

She also faced criticism last year for posing for a photograph with Janne Raninen, a former hit man who spent two decades in prison for two gang-related murders.

However, she has also been hailed for her stand against Russia in the ongoing war in Ukraine and has been at the forefront of efforts to make Finland and Sweden a part of NATO.

She and the Swedish Prime Minister, Magdalena Andersson, have led the two neutral countries into joining NATO.