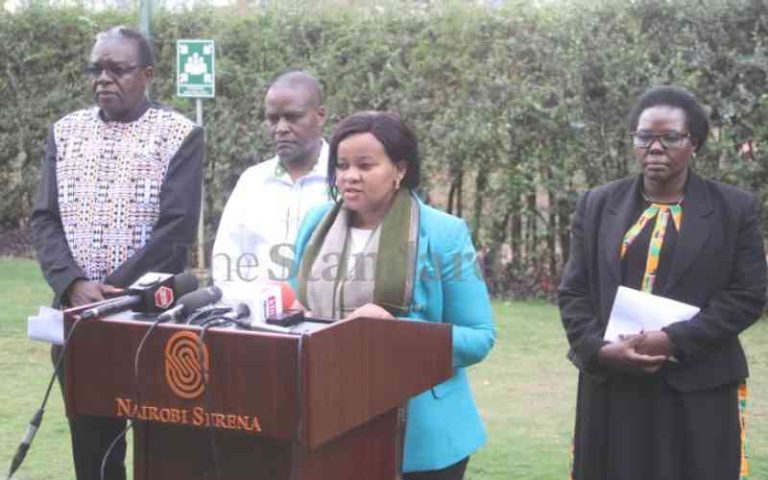 Wafula Chebukati, the Chairman of the Independent Electoral and Boundaries Commission (IEBC), has claimed the four commissioners who distanced themselves from the presidential results announced Monday were seeking a rerun.

This comes as IEBC announces the postponement of elections in seven elective positions which were slated to take place on 23 August, 2022.

William Ruto, Kenya’s deputy president, was declared the winner of the country’s election after raking in 50.49 percent of the votes to defeat ex-Prime Minister Raila Odinga, his closest rival, who polled 48.85 percent.

A statement was released on Wednesday in response to various claims by the four commissioners, Juliana Cherera, Francis Wanderi, Justus Nyang’aya and Irene Masit, Chebukati.

According to the statement, the four members of the commission, demanded that the chairperson moderates the presidential results just before its final declaration for purpose of forcing an election re-run contrary to their oath of office.

“This is tantamount to subverting the constitution and the sovereign will of the people of Kenya.

“The chairperson refused to yield to this unconstitutional and illegal demand and proceeded to declare the results of the presidential election as received from the polling stations, and contained in Form 34A, in accordance with the law,” the statement reads.

Kenya’s law stipulates that the chairperson of the commission is the returning officer of the presidential election and as such holds authority with the ultimate mandate of making the declaration that brings to finality the election process.

This mandate, the statement said, is “not a shared responsibility” but permits for the chairperson to involve all commissioners in all activities of verification and tallying, which was done in the concluded elections.

IEBC also condemned the alleged murder of Daniel Musyoka, the commission’s returning officer, who lost his life in “his stand to do the right”.

The commission expressed its sympathies with the deceased’s family and called on security agencies to speedily investigate and apprehend his killers.

”Some of its critical staff who objectively and impartially performed their duties at the national tallying centre are being intimidated and harassed through profiling and/or arbitrary arrests. They were physically attacked, assaulted, and injured by persons in the company of certain political leaders,” the electoral body said.

“This has instilled fear within the staff, who are now unable to report to the office for duty. We call for the arrest and prosecution of these assailants regardless of their political affiliation.”

In view of the circumstances, the commission has postponed the by-elections slated for August 23, to a date that will be later announced.