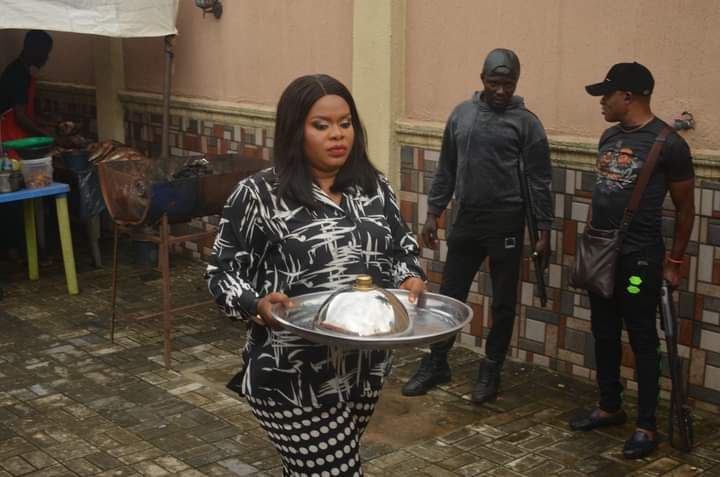 Soludo had on 12 August suspended Mbazulike Iloka over the death of his wife, late Mrs Chidiebere Iloka.

According to Mbazulike, his late wife collapsed and died on 7 August but people alleged that she was a victim of domestic violence.

The team of Pathologists were hired by both families and the state government to ascertain the true cause of Mrs Iloka’s death.

“So many unconfirmed reports were flying around as regards the cause of her death, which led to suspension of the husband, Mr Mbazulike Iloka, as the Transition Committee Chairman of the LGA”, says Dr Afam Obidike, the state’s Commissioner for Health.

Obidike stated this at a meeting with a team of Pathologists and concerned parties at the Nnamdi Azikiwe University Teaching Hospital, Nnewi, where the body of the deceased was deposited on Wednesday.

He noted that Governor Soludo was very serious about the outcome of the autopsy, as he wanted a process that would be very transparent and the truth made open.

He said, “Government is determined to know the cause of her death. Therefore, the Governor ordered the constitution of the investigative panel.

“The panel comprised professors and a team of histopathologists from within and outside the state for fairness and equity.

The Commissioner, who is also part of the team conducting the autopsy, appealed to the pathologists to do their best to ensure parties involved in the matter were satisfied.

On her part, Mrs Ify Obinabo, state’s Commissioner for Women and Children Affairs, said the result of the autopsy would bring to an end all the rumours flying around in the media.

Obinabo said that the wife of the Governor, Mrs Nonye Soludo was also interested in the result of the autopsy.

The commissioner urged women in the state to remain calm and allow the government and the law to take its cause.

The lead pathologist, who is representing Anambra state government, Dr Gerald Forae, from the University of Benin Teaching Hospital, promised that the autopsy result would be available within two to six weeks.

He explained that the result would pass through the right process and would be submitted to the state government through the Attorney-General of the state.