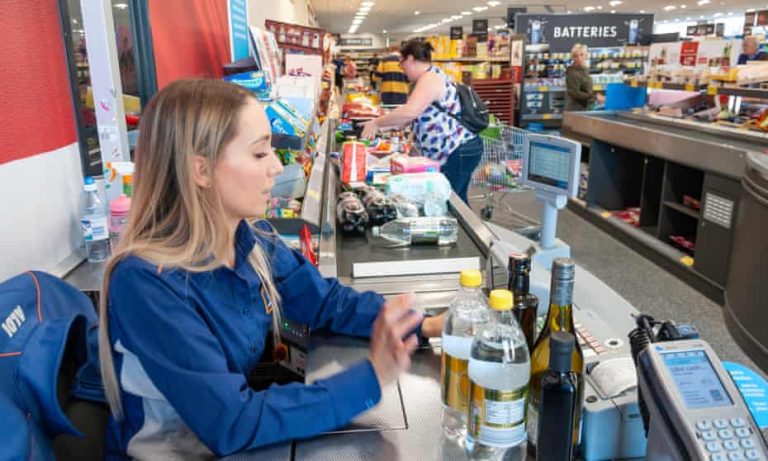 Supermarket bills will increase by £533, or more than £10 a week, as grocery price inflation hits its highest level since at least 2008.

The price of a weekly shop rose 11.6% in the four weeks to 7 August, compared with a year before, according to the latest figures from Kantar. That represents the highest rate of inflation since the market research group began tracking the sector 14 years ago.

Fraser McKevitt, the head of retail and consumer insight at Kantar, said: “As predicted, we’ve now hit a new peak in grocery price inflation, with products like butter, milk and poultry in particular seeing some of the biggest jumps.”

The price rises will pile pressure on households already struggling to cope with rising energy bills and petrol prices. More than one in eight UK households fear they have no further way to make cuts to afford a sharp increase in annual energy bills expected this autumn.

Discounters Aldi and Lidl both increased sales by double-digit percentages in the three months to 7 August as shoppers sought ways to reduce their bills. Kantar found that together Lidl and Aldi have gained 1.8 percentage points of British grocery sales over this period, representing a £2.3bn annual shift in spending. The home-grown discounter Iceland also increased sales by almost 3%.