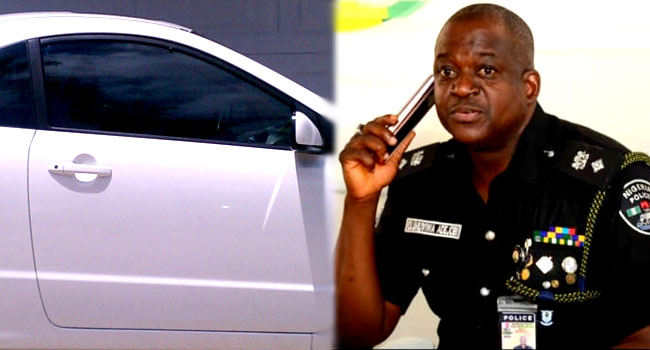 IBADAN, Nigeria (VOICE OF NAIJA)- The Public Relations Officer of the Nigeria Police Force, CSP Olumuyiwa Adejobi has withdrawn his statements in which he admitted receiving a pass from a Federal Road Safety Officer while on a call.

In a tweet on Tuesday, the police spokesperson had said he was on a call while driving, and a road safety officer gave him a pass after hearing him speak to a Divisional Police Officer (DPO).

Twitter users criticised him for publicly admitting to breaking a traffic law, with some describing it as arrogance and bragging about being corrupt. Later in the day, he tweeted that the incident never happened and that he just wanted to test ‘the strength of fake news.’

He wrote, “It did not even happen, because I don’t drive myself while on duty, except off duty, and road safety officers don’t operate beyond 6 pm, or max 7 pm. I only tested the strength of fake news, and we can see how it is spreading like a harmattan inferno.”