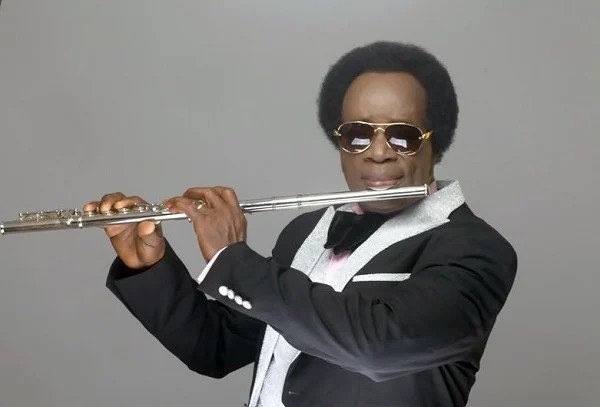 LAGOS, Nigeria (VOICE OF NAIJA)- The family of late Nigerian music legend Victor Uwaifo, has accused his manager, Chris Eburu, of forging his will.

Uwaifo died in August 2021, after battling an undisclosed illness.

Eburu was said to have led a fundraiser initiated to mark the one-year anniversary of the musician’s demise.

But speaking at a briefing in Benin, Edo state, the family of the music icon better known as ‘Guitar Boy’, disowned the fundraiser and proposed anniversary.

Ogbomwen Reden, the singer’s eldest child, and Goodman Uwaifo, his son, alleged that Eburu was using the deceased’s name to deceive the public.

They also claimed that the manager is already standing trial in court for alleged will forgery.

“We know our father is a global figure that can be celebrated anywhere by his fans but not somebody who is already having issues and facing criminal charges,” Goodman said.

“He (Eburu) is using a platform connected to my father’s Revelation Tourism Palazo to mobilise people for the event and we frown at that.

On her part, Reden alleged that the manager altered their father’s will and brought in witnesses believed to be unknown to the musician to sign as witnesses in the will.

“The witnesses are not the kind of persons my late father would associate with. My father cannot have an unmarried woman to sign his will,” she said.

“My father was a very hard-working man till he died and I will not allow anybody to reap what he has laboured for. I am fighting for my father’s legacy.”

Eburu was said to have declined comment on the alleged forgery, adding that the matter was already in court.

The manager also reportedly claimed he sought the consent of the family before initiating plans for the anniversary.