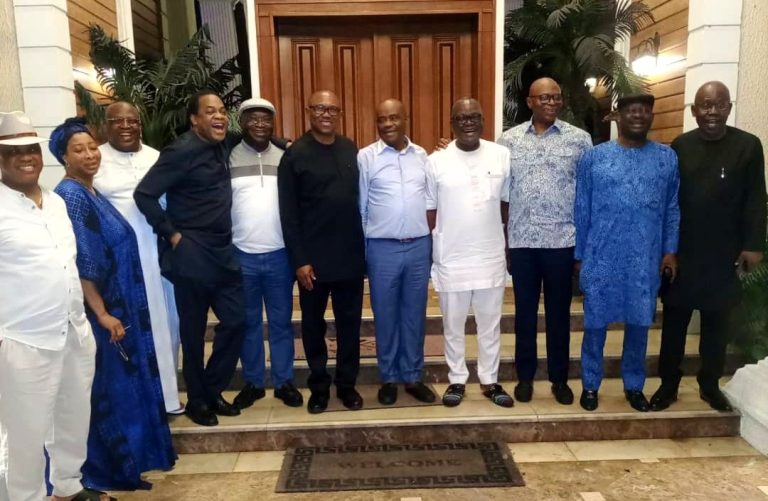 Also at the meeting which was held on Monday night at Wike’s private residence in Port Harcourt is the former governor of Ondo State, Olusegun Mimiko.

Although the purpose of the meeting could not be ascertained, it may however not be unconnected with the 2023 general elections.

Taking to Twitter on Tuesday, Mimiko shared a photo with the politicians, saying that it was nice to spend some time with them.