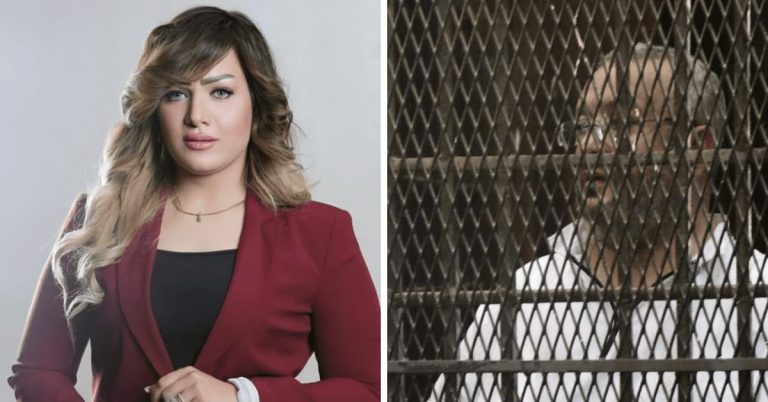 A criminal court in Cairo has issued preliminary death sentence to a judge for killing his wife, Shaimaa Gamal.

The murder case is the third high-profile femicide case in Egypt in two months.

The court decided to refer the judge who killed TV presenter, Shaimaa Gamal, and his accomplice, to the Grand Mufti of Egypt” — a formality in death penalty cases.

The public prosecutor’s office said last month that the judicial official concerned, Ayman Haggag, had been charged over the “premeditated murder” of his wife, along with the accomplice, businessman Hussein al-Gharabli.

Referral to the grand mufti is a necessary procedure before issuing a death sentence, according to Egyptian law, though the religious opinion of the mufti is non-binding.

Tuesday’s verdict is not final yet with the possibility of an appeal.

Both defendants were referred in July to the criminal court after the Egyptian public prosecution charged them with premeditated murder, which is punishable by the death penalty in Egypt.

The referral came two weeks after the crime initially came to light when the accomplice reported the murder to the prosecution and said that Ayman Haggag, a judge, killed Gamal over “disputes,” according to a statement by the prosecution in June.

Haggag had initially reported that his wife had gone missing from a commercial complex in 6 October City in Giza.

However, the second defendant led the prosecution to the victim’s burial site after reporting the crime.

The prosecution charged Haggag after hearing the testimonies of 10 people and the confessions of the two defendants, according to a statement released on 7 July.

Haggag plotted to kill Gamal after she blackmailed him by demanding money in exchange for not revealing “secrets”, the prosecution said in the statement, without elaborating on the nature of these secrets.

Haggag’s friend, Hussein El-Gharably, a company owner and the second defendant, has accepted charges as an accomplice in the murder, the prosecution said.

On the day of the crime, the husband lured Gamal to a remote farm in Giza, where he struck her with the butt of a pistol and strangled her to death with a piece of cloth as El-Gharably held her.

They then put Gamal’s body in a makeshift grave and doused her body with a corrosive liquid to make her unrecognisable, according to the prosecution’s findings.

Forensic examination confirmed that the cause of death was strangulation, the prosecution said, adding that the DNA of the defendants was found on the cloth used to murder the victim.

Investigations also revealed that the mobile phones of both the victim and the defendants were in proximity of the same cell tower near the aforementioned farm.

However, during the first hearing in the case on 20 July, Haggag claimed that he killed Gamal in self-defence after she attacked him with a knife.

But, the prosecution dismissed Haggag’s claims in its charging document, which was published by Al-Masry Al-Youm newspaper after the hearing.

The prosecution said that no knife was found at the crime scene and that Haggag made no claims of self-defence during his confession.

The next court hearing, when the approval of the Grand Mufti is expected to be announced, is set for September 11.

The murder of Gamal is the third to have sparked outrage in the conservative North African country in the past few months.

On June 19, college student Nayera Ashraf was stabbed to death in Mansoura, north of Cairo, by a man whose advances she had rejected. A video of the attack was widely shared on social media.

In a highly publicised trial, Mohamed Adel was found guilty after confessing to the crime in court and was sentenced to death.

The criminal court has called for his execution to be broadcast live on television as a deterrent to others.

Earlier this month, a student identified only by her first name Salma was murdered in similar circumstances in Zagazig, north of Cairo.

A man whose advances she had rejected “repeatedly stabbed her with a knife”, the prosecution said.

Patriarchal legislation and conservative interpretations of Islam in Egypt have contributed to severely limiting women’s rights and creating a culture of violence against women.

“Salma was murdered simply for being born a woman in a misogynist society,” one social media user said, as some argued Salma was at fault for befriending her assailant.

“So long as there are sympathisers out there who make excuses for the perpetrators of these crimes, they will continue,” said another.

Nearly eight million Egyptian women were victims of violence committed by their partners or relatives, or by strangers in public spaces, according to a United Nations survey conducted in 2015.

The maximum penalty for murder is death in Egypt, which carried out the world’s third highest number of executions in 2021, according to Amnesty International.