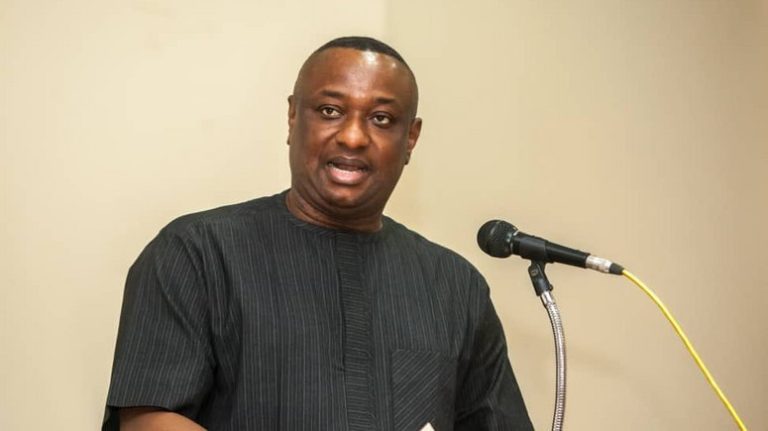 IBADAN, Nigeria (VOICE OF NAIJA)- The Spokesperson for the All Progressives Congress (APC) presidential campaign, Festus Keyamo, has said the Buhari-led government has significantly reduced Boko-Haram’s dominance to “almost nothing.”

Mr Keyamo, who is also the minister of state for labour and employment, said this on Monday in an interview with Trust TV.

The programme also featured Daniel Bwala, a spokesperson for the PDP Presidential Campaign Council who was paired with the minister.

He alleged that the news highlighting the failures of the current administration were sponsored by the opposition to discredit the ruling party.

“The cliche that the government has failed has become a song that the opposition has virtually rammed down the throats of everybody without looking at the details of what we have done, the statistics and put them in a context. What the opposition has done in the last few years is to memorise some highfalutin words and those are the highfalutin words that the press repeats – government has failed, security has collapsed.

“What did we inherit? We inherited the Boko Haram problem. At that time, they had taken over more than 14 local governments in the North-east and hoisted their flags. We inherited the farmers-herders crisis that had been going on even before Obasanjo’s time. These are existential problems.

“What have we done about those two problems? A club like El-kanemi Football Club of Borno that were playing their football matches in Bauchi because of insecurity— nobody could gather in one place in Maiduguri to watch a football match – now El-kanemi is back to Maiduguri, that is success.

“Boko Haram has not been totally wiped out, but it has reduced significantly because we constructively engaged our neighbours. We reduced them to almost nothing. I am not saying these things have totally wiped out, but on the scale of what we met and on the scale of what we have, it has reduced significantly,” Mr Keyamo claimed.

The minister faulted the past PDP government for the lingering strike action of the Academic Staff Union of Universities (ASUU).

He said the past government signed the 2009 agreement with the union without fulfilling it thereby boxing Buhari’s government into a corner to renegotiate.

“Imagine how irresponsible a government can be when they went into agreements with ASUU and signed conditions that they couldn’t fulfill and that is why ASUU is on strike.

“So let us tell Nigerians that ASUU is not on strike because APC signed an agreement with them. It was the PDP that signed the agreement,” he said.