Trump Demands FBI Give Back Documents He Rightfully Took 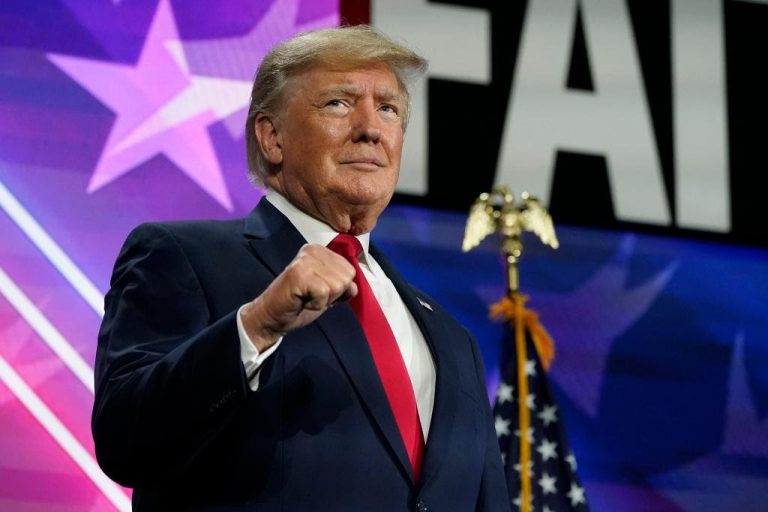 ​Former President Donald Trump on Sunday called for the Justice Department to return the reams of documents FBI agents seized at his Mar-a-Lago resort last week.

“Oh great! It has just been learned that the FBI, in its now famous raid of Mar-a-Lago, took boxes of privileged ‘attorney-client’ material, and also ‘executive’ privileged material, which they knowingly should not have taken,” Trump said on his Truth Social site.

“By copy of this TRUTH, I respectfully request that these documents be immediately returned to the location from which they were taken. Thank you!,” the former president said in the posting.

Fox News reported, citing sources close to the investigation, that team Trump was told that at least five boxes – labeled A-14, A-26, A-43, A-13, A-33, and a set of documents – taken under authority of the search warrant contained information covered by attorney-client or executive privilege​.

The documents were among a cache of materials taken from Trump’s palatial Palm Beach home last Monday, including binders of photos, a handwritten note, a leatherbound box of documents, an “executive grant of clemency” for longtime aide Roger Stone, according to a property list of items released on Friday by the FBI.

Trump has disputed that the documents were classified, claiming that he had declassified them.

A representative for the 45th president, John Solomon, read a statement on Fox News Friday evening claiming that Trump had a “standing order” during his time in the White House that “documents removed from the Oval Office and taken to the residence were deemed to be declassified the moment he removed them.”​

But a member of Trump’s legal team​ signed a written statement in June during a visit by Justice Department officials contending that all classified material at Mar-a-Lago had been returned to the government, the New York Times reported on Saturday. ​