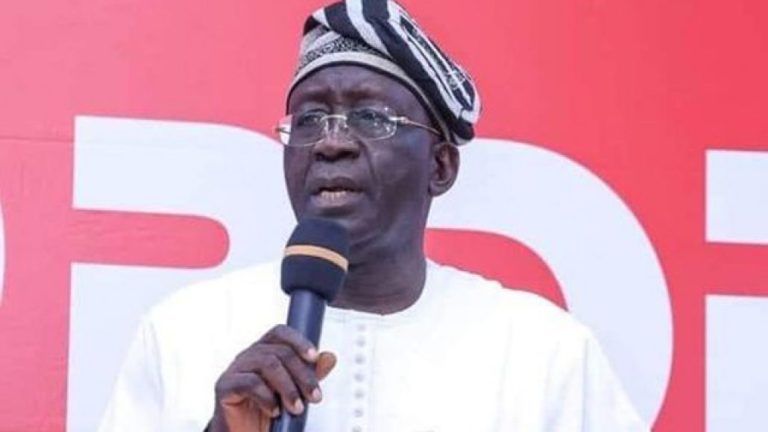 LAGOS, Nigeria (VOICE OF NAIJA)- The National Chairman of the Peoples Democratic Party (PDP), Dr. Iyorchia Ayu, on Monday, said he has not resigned and does not plan to do so.

Recall that loyalists of Governor Nyesom Wike of Rivers State had alleged that Ayu had signed and sent his resignation letter to Senator David Mark, a former President of the Senate, and PDP chieftain from Benue State.

But according to Vanguard, Ayu’s media aide, Simon Imobo-Tswam, has quashed the tittle-tattles.

“The PDP National Chairman, Dr. Iyiochia Ayu, has not resigned and has no plan of resigning.

“For clarity and emphasis, he was elected for a tenure of four years,” Imobo-Tswam allegedly said.

Meanwhile, PDP governors are meeting in Adamawa State to resolve the protracted rift between the party’s presidential flag-bearer for the 2023 election, Atiku Abubakar, and Wike.