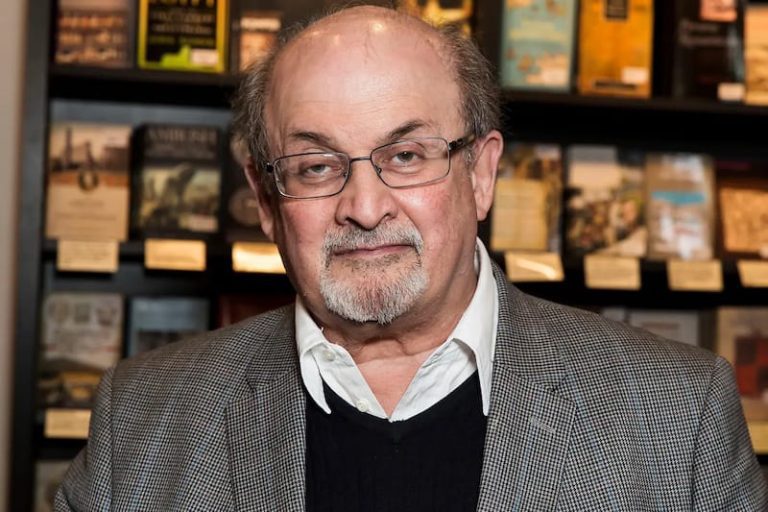 Iran on Monday, denied any link with the attacker who stabbed author Salman Rushdie in its first official response to the attack.

Iranian Foreign Ministry spokesman Nasser Kanaani said in a televised news conference on Monday, that the author of “The Satanic Verses” and his supporters were the only ones to blame for Friday’s attack.

Freedom of speech does not justify Rushdie’s insults against religion in his writing, Kanaani told a news briefing in Tehran.

“Regarding the attack on Salman Rushdie, we do not consider anyone other than [Rushdie] and his supporters worth of blame and even condemnation

“We categorically deny any link with the attack and no one has the right to accuse the Islamic Republic of Iran.

“In this attack, we do not consider anyone other than Salman Rushdie and his supporters worthy of blame and even condemnation,” he added.

“By insulting the sacred matters of Islam and crossing the red lines of more than one and a half billion Muslims and all followers of the divine religions, Salman Rushdie has exposed himself to the anger and rage of the people.”

He said Iran had no other information about Rushdie’s assailant except what had appeared in the media.

Rushdie has received numerous threats for decades, after Iran issued a fatwa, or religious decree, calling for his killing following the release of “The Satanic Verses.”

The publication of the “The Satanic Verses” in 1988 turned him into a household name and brought him notoriety.

Iranian leader Ayatollah Ruhollah Khomeini issued the fatwa against him a year later.

The bounty against Rushdie has never been lifted, however in 1998 the Iranian government sought to distance itself from the fatwa by pledging not to seek to carry it out.

He spent nearly a decade living under British protection before moving to the United States in recent years, and was repeatedly stabbed during an on-stage attack in western New York on Friday.

The suspect, identified as 24-year-old Hadi Matar of Fairview, New Jersey, pleaded not guilty Saturday to attempted murder in the second degree and other charges.

While Iran did not officially comment on the attack over the weekend, several hardline Iranian newspapers poured praise on the suspect on Saturday — including the conservative Kayhan newspaper, whose editor-in-chief is appointed by Supreme Leader Ali Khamenei.

“A thousand bravos, a hundred God blesses. His hand must be kissed … Bravo to the warrior and dutiful man who attacked the Apostate and wicked Salman Rushdie.

The hand of the warrior must be kissed. He tore the vein of Rushdie’s neck,” the paper said.

Another hardline newspaper, Khorasan, published a headline, “The Devil on the Path to Hell,” while showing a picture of Rushdie on a stretcher.