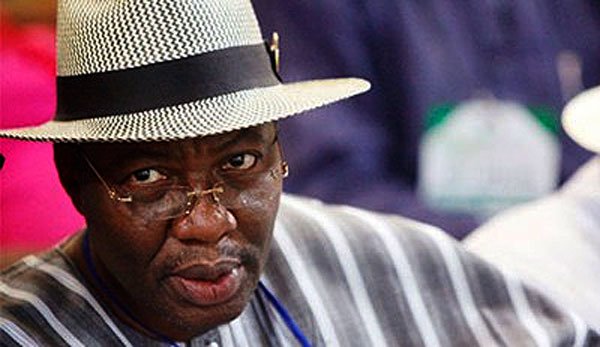 Alhaji Ganiyu Adebayo, a Chieftain of the All Progressives Congress (APC) has described as shameful, disrespectful and reprehensible, the recent romance between Otunba Gbenga Daniel and his successor, Senator Ibikunle Amosun.

The youth leader is disappointed that Daniel, the Ogun East senatorial candidate of the APC, has had to hob-nod around Amosun who has vowed to ensure that incumbent Governor, Dapo Abiodun, does not return for a second term in office.

Adebayo wrote a petition to the leadership of the party in Ogun State, asking them to wade into the issue which he argued is capable of causing bad blood within the hierarchy of the APC in the state.

The petition reads in part: “This same man, Otunba Gbenga Daniel, who the governor, Prince Dapo Abiodun, had helped to prevail on the incumbent Senator, Lekan Mustapha, and other aspirants like Otunba Seyi Oduntan and others to step down for, is now the person romancing with Senator Ibikunle Amosun overnight is a shameful, disrespectful and reprehensible act.

“Of recent, Daniel has been holding series of meetings with Amosun. It is suspected that the meetings are not in the good interest of our party in the state. Amosun is not with us.

“His presence is being felt in both the Peoples Democratic Party (PDP) where his anointed candidate in the 2019 general elections is running mate to Ladi Adebutu and currently is fielding another preferred political godson to vie on the platform of the African Democratic Congress (ADC) in the coming 2023 General elections.

“We learnt that Daniel’s grouse emanated from his complaints that the governor has refused to accord him due recognition and consultation in the day-to-day running of governance.

“Shortly after Daniel was given the ticket, he has begun romancing with Amosun who is bent on scuttling the re-election bid of the incumbent governor.

“Wasn’t the same Governor Abiodun who was instrumental to the re-opening of Daniel’s investments that were shut down on the order of Amosun.

“It was this same Amosun who denied the reconstruction of Oba Erinwole road, Sagamu which Governor Abiodun rehabilitated recently, simply because the road falls within the passage to Daniel’s home. For good eight years (from 2011 to 2019), Daniel was barred from walking the streets of the state capital, Abeokuta and risked being pelted with stones.”