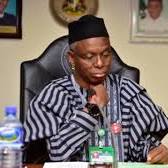 The supporters of Obi across the country have been holding these marches to show their solidarity with him.

There was a march for the LP presidential candidate in Nasarawa state recently.

However, in a tweet on Monday, el-Rufai who is of the All Progressives Congress (APC) said he hopes Peter Obi’s fans would be able to get two hundred people in the streets of Kaduna for the march.

The governor said the plan will only succeed on Kaduna Twitter and not in Kaduna State.

El-Rufai said they can only get the figure they are projecting by “importing” people from states complying with IPOB’s sit-at-home order every Monday.

“I hope you get Two Hundred persons on the streets, including those ‘imports’ that can’t open their shops on Mondays, and came on overnight bus last night!! I just dey laff, wallahi tallahi!!”

Charly Boy tweeted: “Can you just imagine dis clannish clown, El Rufai, wey dey owe workers salary. Kaduna is now the leading state in terrorism.
The once upon a time very peaceful state is now a bandit paradise.
Many of the victims of the Kaduna train attack dem still hold hostage.

Popular Twitter user, Nefertiti said: “El-Rufai draws oxygen from bigotry. He is angry Peter Obi has become the Face of A New Nigeria. 2 Million youths marching on the streets of Kaduna, carries a huge symbolism. It demystifies his messianic complex & sense of worth. My People, you know what to do. APPLY WHAT?????? 🤣”

In another tweet, Nefertiti wrote: “El-Rufai’s bigotry & hate did not surprise many like us. My Kaduna People, if you will March for Peter Obi & shame the devil, make some noooooooooooise!! 🎉🔊🔊🔊🔊🔊🔊🔊🔈🔈🔈🔈🔈🔈”

@victorisrael: “El Rufai is still owing workers salary. Kaduna is now the leading state when it comes to terrorism. The once peaceful state is now a bandits hub. Victims of the Kaduna train attack are still in hostage but the one million March pass by Peter Obi supporters is his problem. A clown”

In another tweet, he wrote: “El Rufai called the Igbos “Imports” that came to Kaduna state through night bus. When they need your votes they wear your isiagu attire & beg for votes. When they get the votes they spit on your faces! I hope the Igbos don’t sell their birth right this time and support their own.”

Doctor Penking: “El-Rufai is saying that no crowd will come out for Peter Obi’s March as if he’s tall enough to see them.

“We need volunteers to go plant Sycamore tree 🌳 in Kaduna so that El-Rufai can climb like Zaccheus did and be able to see Obidients March for Peter Obi.”

Cross: “El Rufai has challenged the people of Kaduna. In his words, we can’t get up to 200 persons in the March there. He clearly doesn’t rate Peter Obi or any South Easterner over there, but undermining the running mate, Datti Yusuf Baba-Ahmed was a new level of low for the midget.”

@officiap_adags: “El-rufai is scared that the people of Kaduna will not be voting a presidential candidate based on religion because they’ve suffered the consequence of politics of religion.

Alhaji Yusuf: “What about us that can’t travel from Kaduna to Abuja through out the week because of bandits? Decorum and civility is what you El Rufai should understand. Your tweet lack appropriate social behaviour, hence u should keep Quite. Peter Obi will triumph before your eyes. Onitsha.“