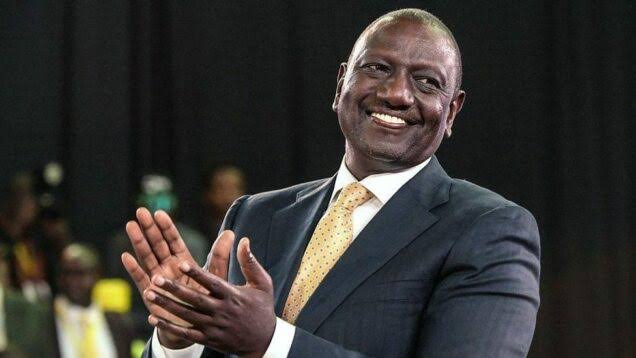 William Ruto has won the race to be the fifth president of the East African nation, according to results announced by the Independent Electoral and Boundaries Commission (IEBC).

But four election commissioners said they could not support the “opaque” vote count before the announcement, raising questions about what will happen next.

“There are no losers. The people of Kenya have won because we raised the political bar,” the president-elect said after the announcement on Monday. “There is no looking back, we are looking to the future, we need all hands on deck to move forward.”

Chaos emerged just before the declaration when the electoral commission’s vice chair and three other commissioners told journalists they could not support the “opaque nature” of the final phase.

“We cannot take ownership of the result that is going to be announced,” Deputy Chairperson Juliana Cherera said. At the declaration venue, police surged to impose calm amid shouting as pushing and shoving ensued.

Diplomats and international elections were whisked out of the tallying hall before Chebukati spoke as scuffles broke out.

Amid fears that vote-rigging allegations could lead to bloody scenes such as those that followed presidential polls in 2007 and 2017, Cherera urged the parties to pursue any disputes through the courts.

The many checks and balances were designed to try to prevent the kind of allegations of rigging that provoked violence after the 2007 vote, when more than 1,200 people were killed.

In 2017, after the Supreme Court quashed the result over irregularities in the electoral process, more than 100 were killed.