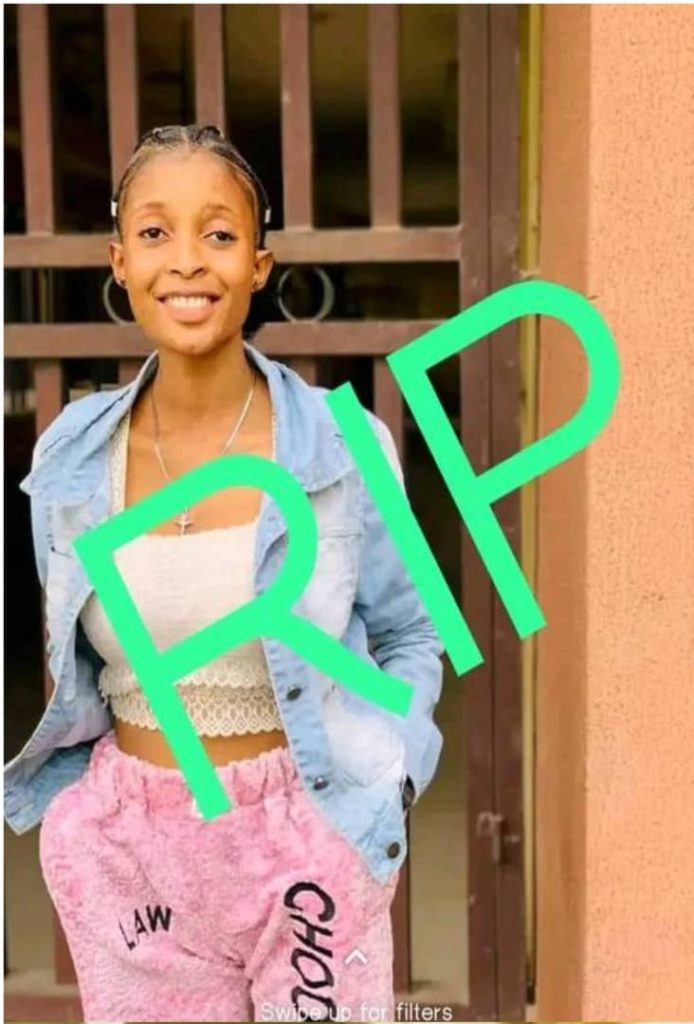 IBADAN, Nigeria (VOICE OF NAIJA)- Ogun State Governor, Dapo Abiodun, has condemned the murder of Happiness Odeh by men suspected to be kidnappers.

Although she was kidnapped on Tuesday evening, MAPOLY Students Union Government (SUG) confirmed the tragic murder on Saturday.

The SUG issued a statement that was jointly signed by its President, Sodiq Ajani, and the Public Relations Officer, Joy Okolie.

The duo confirmed that the deceased was kidnapped while going to visit a movie location in Ipara, Ode Remo area of Ogun State.

The SUG also commiserated with the victim’s family, friends and colleagues, praying that God will grant them the fortitude to bear the painful loss.

The union further explained that the murderers took away the victim’s phone.

Reacting to the news, Governor Abiodun in a statement released by his Chief Press Secretary, Kunle Somorin, described the killing of the student as barbaric and wicked.

He said the student and the school beauty pageant winner was reportedly abducted along Iperu Remo road on her way to a movie location in Ipara-Remo last Tuesday.

However, her corpse, believed to have been dumped after she was allegedly killed by her abductors, was later discovered on Thursday.

The governor, who expressed his grief over the death of the student, said such an inhuman act will not be left unpunished.

Abiodun stated that his administration would not tolerate ungodly and criminal activities that would put the state in a bad light.

“Abiodun, who vowed that his administration would do everything within the law to ensure Odeh’s killers are brought to book, said he had given the police and other security agencies in the state marching order to fish out the perpetrators of the devilish act,” the statement read.

“While commiserating with the family of the late student, Gov. Abiodun assured her relatives that those responsible for the murder of the promising lady would be made to face the full wrath of the law.”

The governor also reiterated his administration’s commitment to providing adequate security for the lives and property of the residents of the state.