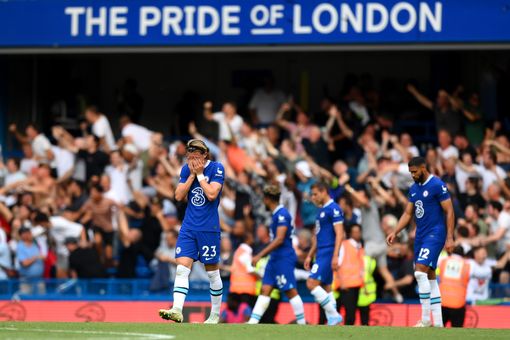 Tottenham scored a last-minute equaliser to rescue a point against Chelsea at Stamford Bridge in a game which saw heated scenes between the respective managers Thomas Tuchel and Antonio Conte.

Kalidou Koulibaly opened the scoring in the 19 th minute with an emphatic fashion with a thumping finish from Marc Cucurella’s corner. It was an opening hour which the home side dominated but Pierre-Emile Hojbjerg gave Spurs the equaliser midway through the second half.

That sparked off controversy in the dugout between Tuchel and Conte, with the latter’s elaborate goal celebration in front of Tuchel seeing the two square up. Less than ten minutes later, Tuchel’s fury turned to joy as Reece James – who was outstanding throughout – restored the Blues lead from a Raheem Sterling assist.

Yet it was Spurs who had the final celebration as a corner in the fifth minute of added time saw Harry Kane’s header deflected in off James to produce a dramatic finish. The bad blood between Tuchel and Conte continued after the final whistle as a post-match handshake did not go well, with the Italian sent-off. Here are five talking points from a feisty and heated London derby at Stamford Bridge.