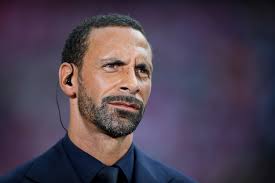 Manchester United legend Rio Ferdinand has said the club’s players are not worth the weekly wages they get from the club.

He said the players have already lost confidence in new manager Erik ten Hag’s style of play and reverting to kicking it long.

The Dutch manager looked helpless and lost, just like his players, as he watched them crumble before his eyes on Saturday.

The Red Devils gave a woeful first-half display in west London on Saturday while Brentford gave a high-intensity, high-octane performance as they harassed and harried their opponents.

After an error from David de Gea gifted the hosts an opener, Brentford pushed high and pressed United into more errors with Christian Eriksen twice caught in possession – the second of which produced another goal.

The players stopped playing from the back after the second goal and that would mean abandoning Ten Hag’s playing style and Ferdinand was disappointed with this reaction.

The former England defender said that Manchester United may as well hire Sam Allardyce or Tony Pulis if the players cannot play the way Ten Hag wants in high-pressure situations.

Speaking on his FIVE YouTube show, Ferdinand said: ‘My phone was popping off, the WhatsApp groups, online, everything. We are just the butt of all jokes now. We have become an absolute laughing stock.

‘You see after the first goal where De Gea plays out, the next time he saw numbers on the backs of shirts – they ran up the pitch and just wanted it kicked long.

“You look at it and you say, “This is not the Manchester United that I once knew”. Even if it’s a little bit of a fall from grace, [to fall] this far? It’s beyond digging out individual players even. And we’ve got Liverpool coming up next.”

Ferdinand felt the blame for United’s performance lay less on Ten Hag and more on the players, who seemed unprepared for the tenacity, work rate and pressing they came up against from Brentford’s relentless team.