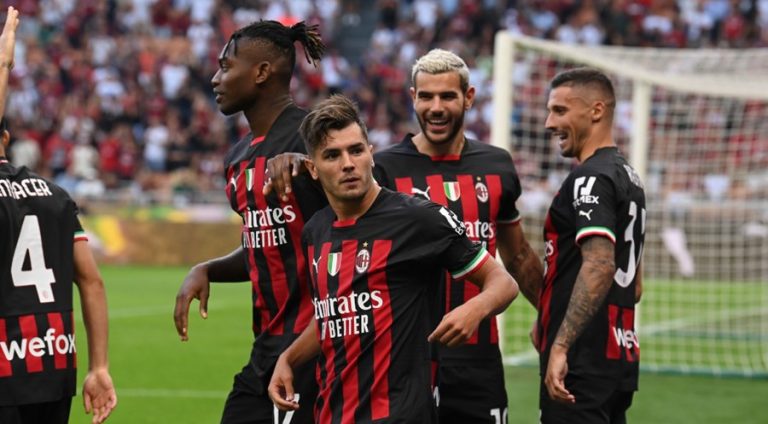 Italian champions AC Milan turned an early one-goal deficit into a 4-2 win over Udinese at San Siro on Saturday, ensuring a winning start to their campaign in an electrifying Serie A opener.

Two goals by Croatia international Ante Rebic plus strikes by Theo Hernandez and Brahim Diaz helped the Rossoneri to recover from their early shock after Udinese defender Rodrigo Becao put the visitors ahead 90 seconds into the game.

Milan equalised in the 11th minute through a penalty from Theo Hernandez, after the referee pointed to the spot following a VAR review when captain Davide Calabria was fouled by Udinese defender Brandon Soppy.

Four minutes later Rebic made it 2-1 with a powerful first-time shot but Udinese defender Adam Masina’s diving header stunned the home crowd as the visitors levelled just before halftime.

One minute into the second half midfielder Brahim Diaz yet again put Milan ahead after a fatal mistake by the Udinese defence.

The goal fired up Udinese but Rebic smashed another shot past keeper Marco Silvestri into the top left corner in the 68th minute to restore the hosts’ two-goal lead.