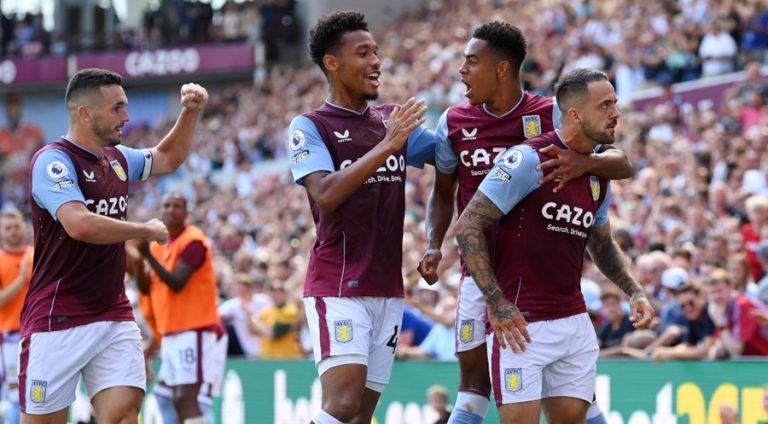 Aston Villa striker Danny Ings and substitute Emiliano Buendia secured a 2-1 win over Everton as the hosts claimed their first three points of the new Premier League season in a physical encounter at a sweltering Villa Park on Saturday.

Having lost 2-0 at Bournemouth on the opening weekend, Villa’s manager Steven Gerrard restored centre back Tyrone Mings to the starting line-up and his side bounced back with an industrious performance, outmuscling an Everton team coached by Gerrard’s former England teammate Frank Lampard.

The two players appeared 59 times together in their careers that saw them lauded for their attacking flair, but there was very little creativity on show until Ings opened the scoring for the home side with the only shot on target in the first half.

After good work down the right by Ollie Watkins, the 30-year-old swiped the ball from in front of onrushing teammate Philippe Coutinho before cutting back onto his left foot and rifling a shot past Jordan Pickford just past the half-hour.

Everton, who lost 1-0 at home to Chelsea last weekend, upped the tempo in the second half, but struggled to create many clear-cut chances.

After winning the ball in the centre of the field, Villa worked it out to Watkins and his centre was tapped into an empty net by Buendia in the 85th minute, but an own goal by former Everton player Lucas Digne after good work from the visitors’ new signing Amadou Onana made for some nervous final minutes.

With Everton throwing everything forward, defender Mings made a superb late challenge to deny substitute Salomon Rondon as the home side held on to win.

“There were always going to be edgy moments in the game, Everton are a physical side and they caused us problems,” Ings told BT Sport. “That’s how you stick it out, that’s how you grind it out and win ugly at times.”