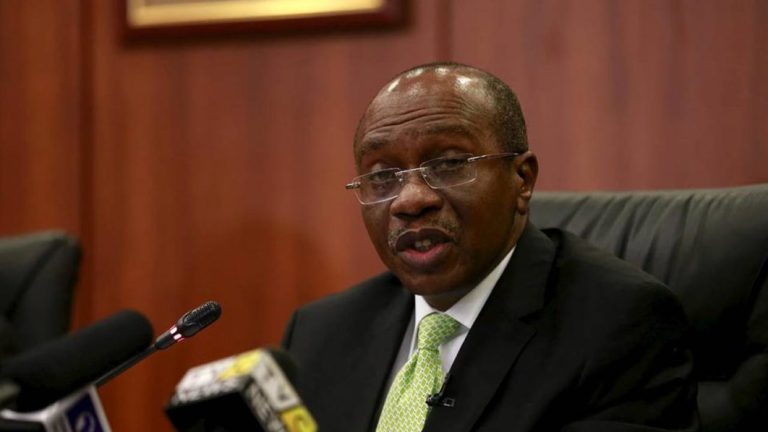 LAGOS, Nigeria (VOICE OF NAIJA)- The Central Bank of Nigeria (CBN) disclosed that it has no documents to indicate the N6.7 trillion fuel subsidy payment claim of the Federal Government.

Godwin Emefiele, made the disclosure during hearing of the House of Representatives special ad hoc committee on petroleum products subsidy regime in Nigeria from 2017 to 2021.

At the commencement of the investigative hearing, the CBN governor told the lawmakers that he could only answer questions that are related to technical matters concerning subsidy payments

“I will be able to provide answers here. But if they are outside the technical aspects of the subsidy transactions, then I will not be able to respond,” he said.

Emeifele, who was represented by the CBN’s Deputy Director, Banking Services, Hussein Kagara, told the lawmakers that the documents of subsidy payments were too voluminous and as such, the regulator could not be able to print them out.

His explanation, however, did not go down well with the committee, as a lawmaker, Mark Gbilah (NNPP Benue), said N6.7 trillion in less than a year is being expended on subsidy, stating the CBN helmsman should personally appear to address the issue in company of the Executive Chairman of the Federal Inland Revenue Service (FIRS) .

The committee, therefore, subpoenaed to appear on August 18 for further hearing.