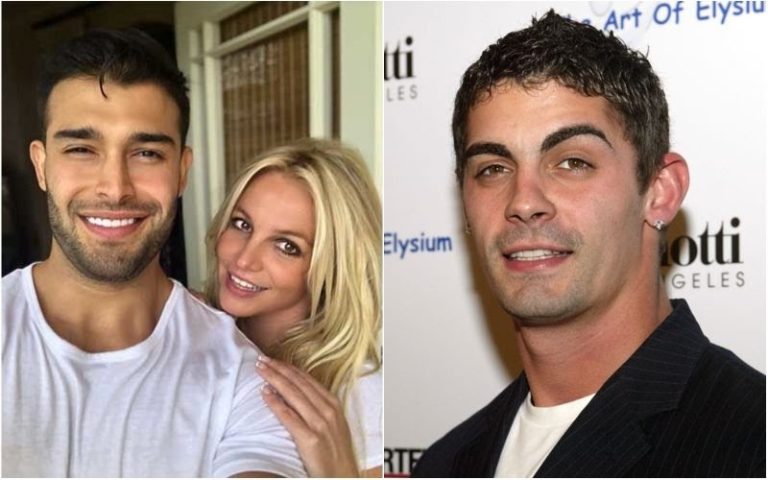 Britney Spears’ ex-husband, Jason Alexander, has been convicted of trespassing and battery after crashing Britney Spears’ wedding and hitting a security guard.

The 40-year-old pleaded no contest on Thursday to aggravated trespassing and battery, both misdemeanors, according to the Ventura County District Attorney’s Office.

Alexander was arrested at Spears’ residence on June 9 after he showed up uninvited during her wedding celebration.

Alexander was confronted by a security guard who tried to remove him from the premises.

He battered the guard and also damaged a door during his attempt to enter the home, authorities said.

He was initially charged with felony stalking, refusing to leave private property, vandalism and battery.

Alexander – who lives in Spears’ native Tennessee – married Spear in Las Vegas 18 years ago, but the marriage was annulled after only 55 hours.

Cops said he gained entry to the private ceremony – whose star-studded guest list included Paris Hilton, Selena Gomez, Madonna, and Drew Barrymore – by scaling a fence into the exclusive gated community where Spears’ home is situated.

He then climbed down a rocky slope to get on to the singer’s 20-acre property.

Running toward Spears’ 12,464-square-foot Italian-style villa while capturing it on his cellphone camera, he screamed: ‘I’m Jason Alexander. The first husband. I’m here to crash the wedding.’

He would then enter the wedding tent where the nuptials were soon to be held, shouting: ‘She’s my first wife, she’s my only wife.’

After fighting with Britney’s security guards, he was wrestled to the ground and later arrested – an altercation a guest was able to capture on his own cellphone camera.

After the attack, Spears was granted a restraining order against her former beau, after she and Asghari told cops that Alexander was carrying a knife when he was arrested.

The latest reports stated that Alexander was sentenced to credit for time served after serving 64 days in jail since his arrest in June.

Previously he was also issued a criminal protective order prohibiting him from coming within 100 yards of both Britney and her security guard who tackled him and tried to remove him off the singer’s property.

“We’re happy with the result,” said Erin Meister, the supervising deputy DA who prosecuted the case.

“The defendant accepted responsibility for what he did on June 9 — he ended up spending two months in jail — and the victims’ priority was the protective order,” Meister was quoted by saying in USA Today.

He faces up to five years in prison.