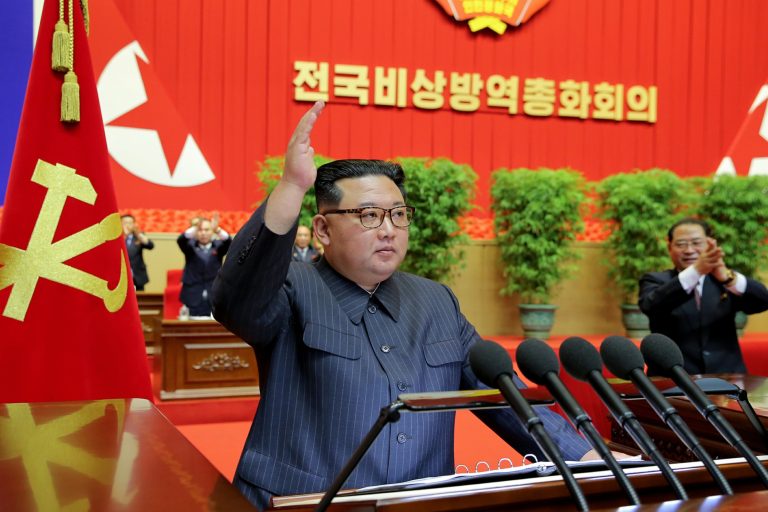 This comes after the leader declared victory in the battle against the novel coronavirus.

While lifting the maximum anti-pandemic measures, Kim said that North Korea must maintain a “steel-strong anti-epidemic barrier and intensify the anti-epidemic work until the end of the global health crisis,” according to a report by state news agency KCNA.

North Korea has not revealed how many confirmed infections of the virus it has found, but since 29 July, it has reported no new suspected cases with what international aid organizations say are limited testing capabilities.

Analysts said that although the authoritarian North has used the pandemic to tighten social controls, its victory declaration could be a prelude to restoring trade hampered by border lockdowns and other restrictions.

Observers have also said it may clear the way for the North to conduct a nuclear weapon test for the first time since 2017.

North Korea’s official death rate of 74 people is an “unprecedented miracle” compared to other countries, KCNA reported, citing another official.

Instead of confirmed cases, North Korea reported the number of people with fever symptoms. Those daily cases peaked at more than 392,920 on May 15, prompting health experts to warn of an inevitable crisis.

The World Health Organization has cast doubts on North Korea’s claims, saying last month it believed the situation was getting worse, not better, amid an absence of independent data.

Pyongyang’s declaration of victory comes despite rolling out no known vaccine programme. Instead, the country says it relied on lockdowns, homegrown medicine treatments, and what Kim called the “advantageous Korean-style socialist system.”

The North has said it was running intensive medical checks nationwide, with daily PCR tests on water collected in borderline areas among the measures.

It also said it has been developing new methods to better detect the virus and its variants, as well as other infectious diseases, such as monkeypox.

Kim’s sister, Kim Yo Jong, said the North Korean leader himself had suffered from fever symptoms, and blamed leaflets from South Korea for causing the outbreak, KCNA reported.

“Even though he was seriously ill with a high fever, he could not lie down for a moment thinking about the people he had to take care of until the end in the face of the anti-epidemic war,” she said in a speech praising his efforts.