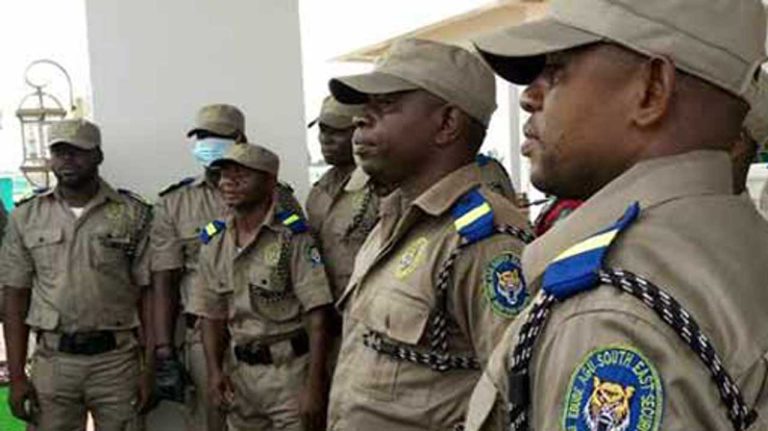 ENUGU, Nigeria (VOICE OF NAIJA)- The Indigenous People of Biafra (IPOB) has reacted to a viral video of alleged Ebubeagu Commander, who was shot dead and dragged into a pit by some hoodlums.

IPOB insisted that the victim in the video is not a member of Ebubeagu but a hoodlum deceived into joining a gang of fake Eastern Security Network (ESN).

According to a statement by IPOB’s spokesperson, Emma Powerful, on Thursday, the video was done in bad fate to tarnish the image of IPOB and ESN.

Powerful said: “IPOB want to clarify that the viral videos showing the execution of a man with a red T-shirt and pair of Jeans who was extrajudicially killed in Imo state is not Ogwu (the mayor of Mozambique) the Ebubeagu Commander in Imo State that masterminded the killing of 14 innocent youths in Awomanma Imo state some weeks ago.

“It is important we elucidate that IPOB declared him wanted but the extrajudicially murdered person was not Ogwu the Ebebubeagu Commander.

“According to our intelligence report and discovery, he was accused by the criminal gang of sabotage. The young man was deceived that he was joining ESN and along the line, he found out he was recruited into a criminal gang and not ESN. He decided to escape from their camp. The criminal group started searching for him for fear he might be a big threat and danger to them.

“Unfortunately, they sighted him around “Eke Ututu” in Orsuihiteukwa axis in Orlu Imo State yesterday and kidnapped him. He was taken towards Lilu/Uda axis around Ihiala area, executed and dumped his body in a pit assumed to have other dead bodies from the video evidence as everyone can see circulating on social media.

“Some dissidents and enemies of Biafra freedom were busy sharing videos of the heinous crime in order to discredit and tarnish the image of ESN operatives and IPOB volunteers in the region.”