US Inflation Falls To 8.5% In July As Gas Prices Reduce 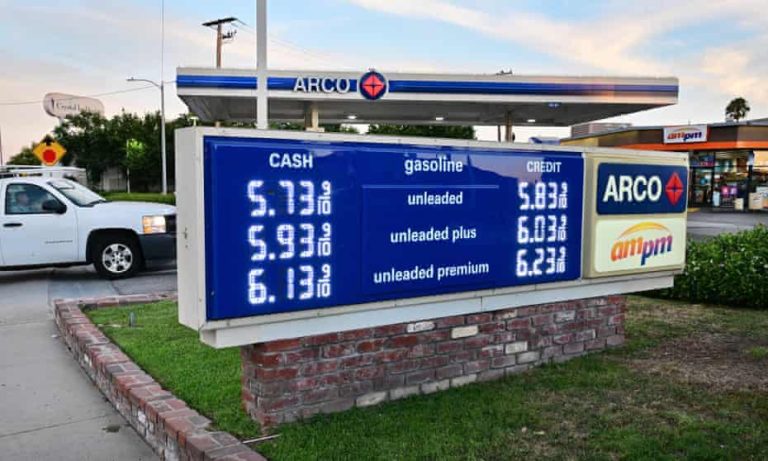 The pace of price rises dipped in the US in July as gas prices eased bringing down the annual rate of inflation to 8.5%, still close to a multi-decade high but lower than the four-decade peak it hit in June.

July’s figure, while still high, represents a significant fall from the annual rate of 9.1% recorded in June and will raise hopes that inflation has finally peaked in the US. It follows other indicators that have suggested price rises are finally moderating.

But the report showed once again how broadly inflation has spread through the economy. After stripping out food and energy costs – which are highly volatile – prices climbed by 5.9% in the year to the end of July, matching last month’s reading.

Gas prices have dropped sharply in the US after hitting a national average of $5 a gallon in mid-June. They now average just over $4 a gallon, up about $1 from the same time last year, according to AAA. Prices for other commodities including copper, wheat and corn have also dipped in recent weeks after rising sharply following Russia’s invasion of Ukraine.

The labor department reported that the gasoline index fell 7.7% in July, offsetting increases in the food and shelter indexes. The food index increased 10.9% over the last year, the largest 12-month increase since the period ending May 1979.

Energy and food prices are notoriously volatile and could still rise again. And prices are still rising for other essentials including housing and services such as healthcare, which may not fall as quickly as oil or corn.

The dip in inflation will be a boon to the Biden administration which this week passed the $739bn Inflation Reduction Act in the Senate. The bill aims to tackle the climate crisis while lowering healthcare costs and raising taxes on large corporations.

The bill passed shortly after the government announced the US had added 528,000 new jobs in July, far higher than expected and another boost to Biden.

But the still hot jobs market, and the still high rate of inflation, mean the Federal Reserve is likely to continue raising interest rates as it attempts to bring inflation back down to its target rate of 2%.