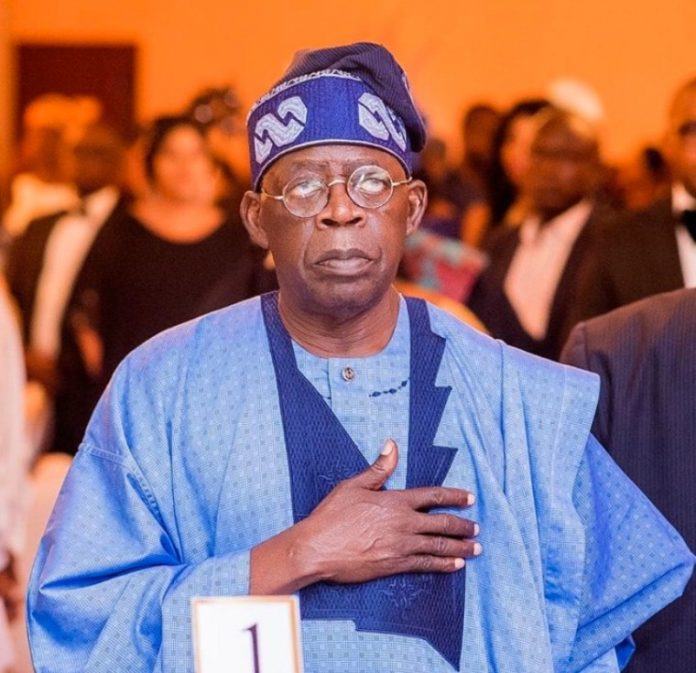 RICHMOND, Texas (VOICE OF NAIJA) – If the exclusive scoops by voiceofnaija.ng are anything to go by, Asiwaju Bola Ahmed Tinubu has a slim chance of winning the 2023 presidential election.

An insider within the ranks of the All Progressives Congress (APC) told our correspondent that the ruling elites in Nigeria will not give power to the APC national leader.

Tinubu emerged as the Presidential candidate of the APC, defeating former Rivers Governor Rotimi Amaechi and Vice President Yemi Osinbajo, while several other candidates stepped down, and has since commenced consultations on how to go about his campaign.

The former Lagos State Governor also caused widespread uproar when he picked Yerima Shettima, a Muslim, as his running mate, in the build up to the 2023 Presidential election.

Despite this, voiceofnaija.ng gathered that Tinubu is not likely to win the election, if the words of the Elites Rulers – the 5 Generals – are anything to go by.

The top APC Chieftain who did not want his name mentioned, said: “The ruling Elites in Nigeria are not comfortable with giving power to Tinubu.

“They’re famously called the class of 66, all those Generals who fought Civil War, those of them who are still alive. I’m telling you.

“They can’t give Tinubu, they can’t give the Igbos. There’s nothing he can do… they’re the likes of Obasanjo, Danjuma, Babangida, Gusau, all of them.”

Our source who is close to how things work in Nigeria’s political sphere, stated that nobody can emerge as President without the approval of these 5 Generals.