2023: I Will Vote For Atiku, But Tinubu Is Most Hardworking Politician – Nnamani 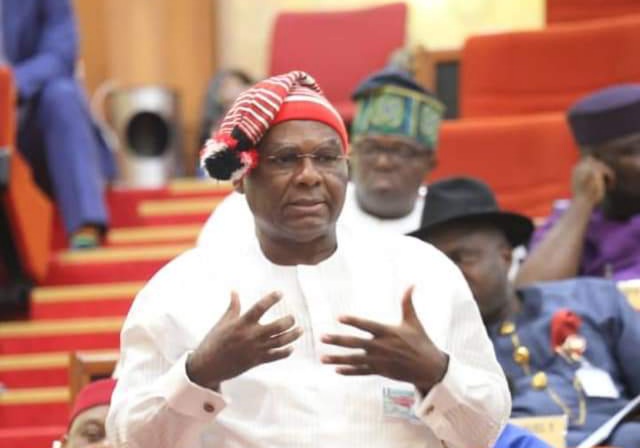 Senator Nnamani condemned the attack on the alleged ill-health of the former Lagos governor, stating that those mocking Asiwaju may also have their shares later.

The lawmaker, in a series of tweets on his verified Twitter handle, described Tinubu as “the hardest working Politico of this generation.”

The former Enugu State Governor however said he would cast his vote for his party, the Peoples Democratic Party (PDP), and its candidate, Atiku Abubakar.

He described the Minister of Works and Housing, Babatunde Fashola, Ministry of Interior, Ogbeni Rauf Aregbesola and the Vice President, Yemi Osinbajo, as “first class with A-game always”.

“As a Health worker, I am amazed by the ignorance, foolishness, wickedness and callousness of these idiotic operators.

“I believe they are unwarranted, extremely unprofessional, and have no place in our polity. As Nigeria merges with the new world, they will cry at the foibles of their progenitors. Get it folks, life is turn by turn.

“Since we all desire a better Nigeria, our politics should be grounded in facts and reliable evidence. This is the only way we can advance this nation. Ahmed Bola Tinubu is the MOST successful Governor in modern Nigeria.

“While my vote is covered by the Umbrella per my Party PDP and our Candidate, HE Atiku Abubakar, I take a bow for the hardest working Politico of this generation. He patiently paid his dues.

“Guess what, the Igbo are not going anyway. Rather in the spirit of their fathers and forefathers more are pouring into Lagos every day. Tinubu is qualified to run for president of Nigeria in 2023 as there is no evidence that he has dementia”.