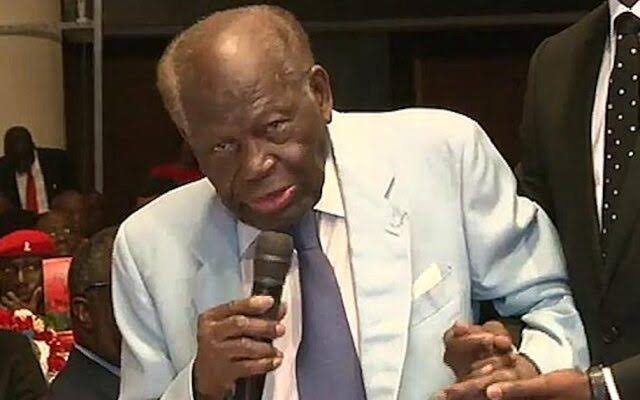 LAGOS, Nigeria (VOICE Of NAIJA)- Pa Akintola Williams, the doyen of the accountancy profession in Nigeria, turns 103 on Tuesday, 9 August, 2022.

He is the first chartered accountant in Africa — he was 30 years old when he achieved that feat.

He is one of the founding fathers of the Nigerian Stock Exchange (NSE), as well as the founding member and first president of the Institute of Chartered Accountants of Nigeria (ICAN) and the Musical Society of Nigeria (Muson Centre).

Williams played a leading role in establishing the Association of Accountants in Nigeria in 1960 with the goal of training accountants.

Pa Williams served with the Inland Revenue as an Assessment Officer until March 1952, when he left the civil service and founded Akintola Williams & Co. in Lagos.

The company was the first indigenous chartered accounting firm in Africa.

His youngest brother Rev James Kehinde Williams was pastor in the same church.

He went on to Yaba Higher College on a UAC scholarship, obtaining a diploma in commerce.

In 1944, he travelled to England where he studied at the University of London. Studying Banking and Finance, he graduated in 1946 with a Bachelor of Commerce.

He continued his studies and qualified as a chartered accountant in England in 1949.

According to Richard L. Sklar (2004), in the book, Nigerian Political Parties: Power in an Emergent African Nation, “Williams was one of the founders of the Egbe Omo Oduduwa society while in London, with Dr Oni Akerele as president and Chief Obafemi Awolowo as Secretary.”

Other positions include President of the Metropolitan Club in Victoria Island, Lagos; Founder and Council member of the Nigerian Conservation Foundation; Founder and Chairman of the board of Trustees of the Musical Society of Nigeria.

In 1982, Williams was honoured by the Nigerian Government with the O.F. R. Following their retirement in 1983, Tom G. Forrest wrote that Williams threw himself into a project to establish a music centre and concert hall for the Music Society of Nigeria.

In April 1997, Williams was appointed a Commander of the Most Excellent Order of the British Empire for services to the accountancy profession and promotion of arts, culture and music through the Musical Society of Nigeria.

The Akintola Williams Arboretum at the Nigerian Conservation Foundation headquarters in Lagos is named in his honour.

On 8 May 2011, the Nigeria-Britain Association presented awards to John Kufuor, past President of Ghana, and Akintola Williams, for their contributions to democracy and development in Africa.