I Was Raped At 15 By My Uncle – Fashion Stylist, Toyin Lawani 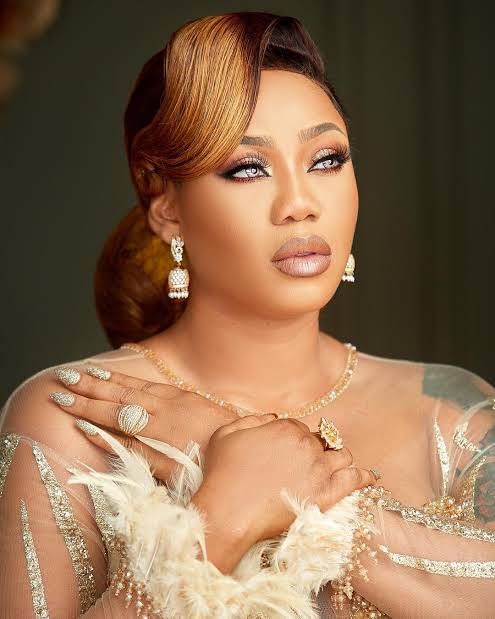 IBADAN, Nigeria (VOICE OF NAIJA)- Nigerian fashion stylist and entrepreneur, Toyin Lawani, has revealed how she was raped by one of her uncles when she was just 15.

Lawani made the revelation in an exclusive interview with media personality, Chude Jideonwo while featuring on #WithChude.

She said that she left home at a young age because when “I was 15, I got raped by one of my uncles. It was so bad for me. I couldn’t tell my mum. Do you know when someone bullies you to the extent that you can’t talk?”

She continued, “I opened up to one of my aunts and she took me to Ibadan. They tried to get rid of the pregnancy. The pregnancy was about five months already because I didn’t tell anyone. It was around that time that I was to get admission to UNILAG (University of Lagos).

“My mum was on the phone asking me why I wasn’t back from the holiday at my grandma’s place. I didn’t know what to tell her so I fainted.”

She said her mum was in Hong Kong at the time.

“My mum came back and the doctor opened to her and said your daughter was pregnant and we took it out blah blah blah. She couldn’t take it, it was so hard because I was so young and because the person was so close to the family,” she said.

“Who I was and where I have been, had shaped me into who I am today. I can take a loss, and stand up straight in front of you and I won’t show you weakness,” she added.

The mother-of-three also shared how she lost a pregnancy, her family and her previous relationship.

The celebrity stylist who recently featured on the reunion of the Real House Wife of Lagos, also said she lost her baby after the show.

“I can’t say I feel relieved but I felt a weight left because I was very worried that my child was still very young. Having a child is not cheap, with the kind of life I live and the best I want to give my kids. And the fact that I don’t have people paying my bills.

“We work day and night to foot our bills and to live the lifestyle I live. It is painful because every child deserves to come into this world. Plus the fact that I was worried and panicking that I didn’t want it. I will not wish to get rid of any child. I was traumatised,” she said.

Speaking further about her family and her upbringing Lawani said, “I grew up in a kind of family where there is a way you are expected to behave.

“They will tie my hands and legs, pour water on my body, to beat me if I mess up. My dad, my mum, and my grandma used to correct me then. I’ll look them in the eyes and tell them ‘I can do this, without you’. I literally lived in people’s houses (with friends) when I left home. I had no one.”

Also speaking on her previous relationship, she said, “We (women) were raised to believe that we belong in the kitchen, and in raising kids. I don’t need a man that will tell me that ‘you don’t have to work, you have to sit at home’. This was how my second relationship was.

“When you are passionate or your talent is calling, nothing in this world can stop it. Except you allow somebody to stop you because they are intimidated by how successful you will become. If you let a man feed you, he will starve you.

“Because you have allowed him to dictate how you should do things. Any man that loves you will invest in your creativity, in who you will become in the future. He will not be afraid of you. He will let you make your mistakes, but you will learn from them. That’s how it is supposed to be.”

On whether she uses ‘jazz’ (juju), as is being speculated, she said, “My grandma is a regent of Ikoyi, Ikole Ekiti.

“I grew up in a royal family with the ways, the culture. People don’t even know the ways of kings, I have had many people judge me, saying Toyin Lawani does ‘jazz’ because I visit the Osun palace. It is culture, it is their heritage, and you have to embrace it.”