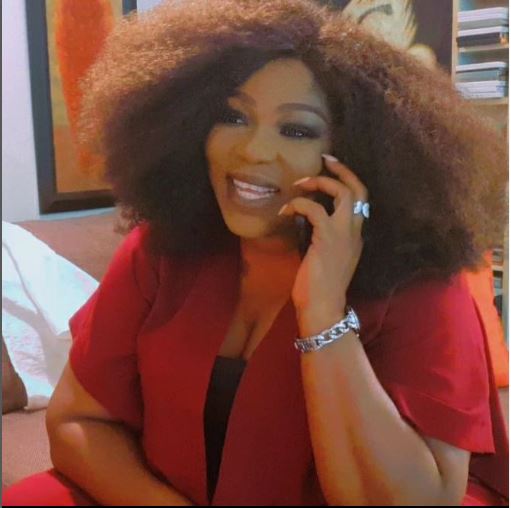 LAGOS, Nigeria (VOICE OF NAIJA)- The family of late Nollywood actress, Ada Ameh, who played the character ‘Emu’ on sitcom, ‘The Johnsons’ have announced her funeral arrangement.

There will be a novelty match in her honour on August 19 at Nathaniel Idowu Pitch, Oregie, Lagos.

The match will be followed by a candlelight procession at Teslim Balogun Stadium on the same day.

On Thursday, 25 August, there will be yet another candlelight service at Saint Mary’s Primary School, Ogobia, Benue State.

This would be followed by the funeral service and interment at her father’s compound in Otukpo Local Government of Benue State.

Ada Ameh died at about 11 p.m. on Sunday, in Warri, Delta State after she was rushed to the hospital.

According to sources, Ameh had been a guest of an oil company worker when she suddenly collapsed.

It was gathered that she was immediately rushed to the Nigerian National Petroleum Corporation’s hospital where she was confirmed dead.

She started battling with ill-health and her condition deteriorated after losing another sister in March 2022.